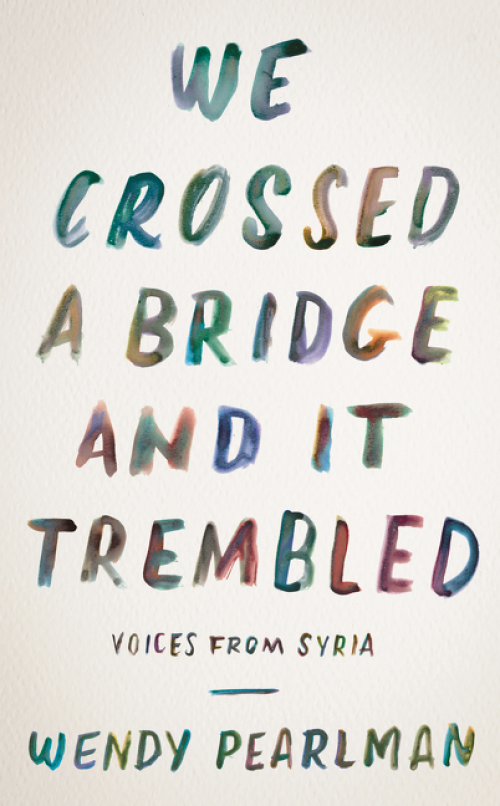 Wendy Pearlman joined POMEPS on September 28 to discuss her new book, We Crossed a Bridge and it Trembled: Voices from Syria (Harper Collins, 2017).

The product of hundreds of interviews conducted over four years, this book eloquently relates the stories of Syrians uprooted and displaced by a violent conflict. Pearlman is an associate professor of political science at Northwestern University. She was joined by discussants:  Jeffrey Isaac of Indiana University Bloomington, Jillian Schwedler of Hunter College CUNY, and Lisa Wedeen of the University of Chicago. The discussion was moderated by POMEPS director Marc Lynch of George Washington University.