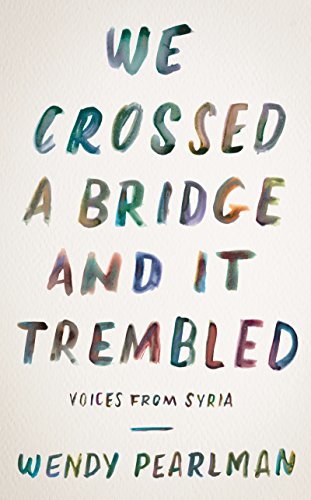 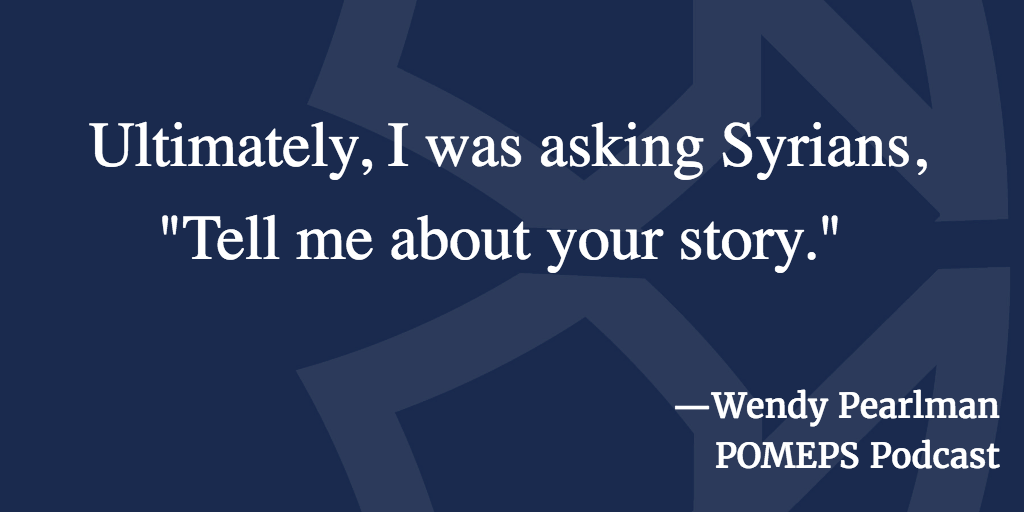 Wendy Pearlman speaks on our podcast this week about her new book,  We Crossed a Bridge and it Trembled: Voices from Syria.

“Ultimately, I was asking people, ‘Tell me about your story.'” said Pearlman. “And the people I interviewed told me anything they wanted to tell me.”

“The book has a trajectory and has an arc. It begins with a sense of fear, intimidation, and silence— a sense of futility under authoritarianism. Then it moves through the euphoria of people participating in protest. Then it becomes increasingly dark, increasingly fragmented— and by the end there are stories of despair.”

Pearlman’s book is structured in different sections outlining Syrians’ experiences through its modern history (you can watch Pearlman’s book talk at GW here).

“I thought, ‘What what does a reader need to know to understand Syria? What are the kinds of questions that occur to most readers about what does this regime all about?'” Pearlman said. “All the kinds of things that I thought readers might want to know— and the kinds of things from our shared political science background we know— were important parts of the story… I also found that the testimonies that could say them on their own. I just had to put it in a place that could walk the readers through the story.”

Pearlman is an associate professor of political science at Northwestern University, where she also holds the Martin and Patricia Koldyke Outstanding Teaching Professorship and is a faculty fellow at the Buffett Institute for Global Studies.

“So arranging the sequence was about thinking how each excerpt could connect to what went before it and also bridge to what came after. In a way that the reader would get lost, and would leave feeling like they understood Syria better— but all of it through Syrians’ words, and all of it intensely profoundly human not theoretical abstractions. By individuals saying how all of this mattered for their lives, as real people.”