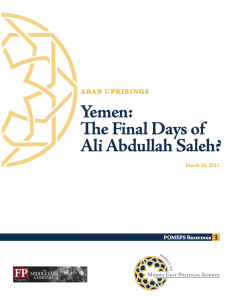 This collection of essays, originally published on Foreign Policy’s Middle East Channel, offer an analysis of a range of crucial Yemeni issues, and should prove to be a valuable resource for understanding the extraordinary challenge the country now faces.