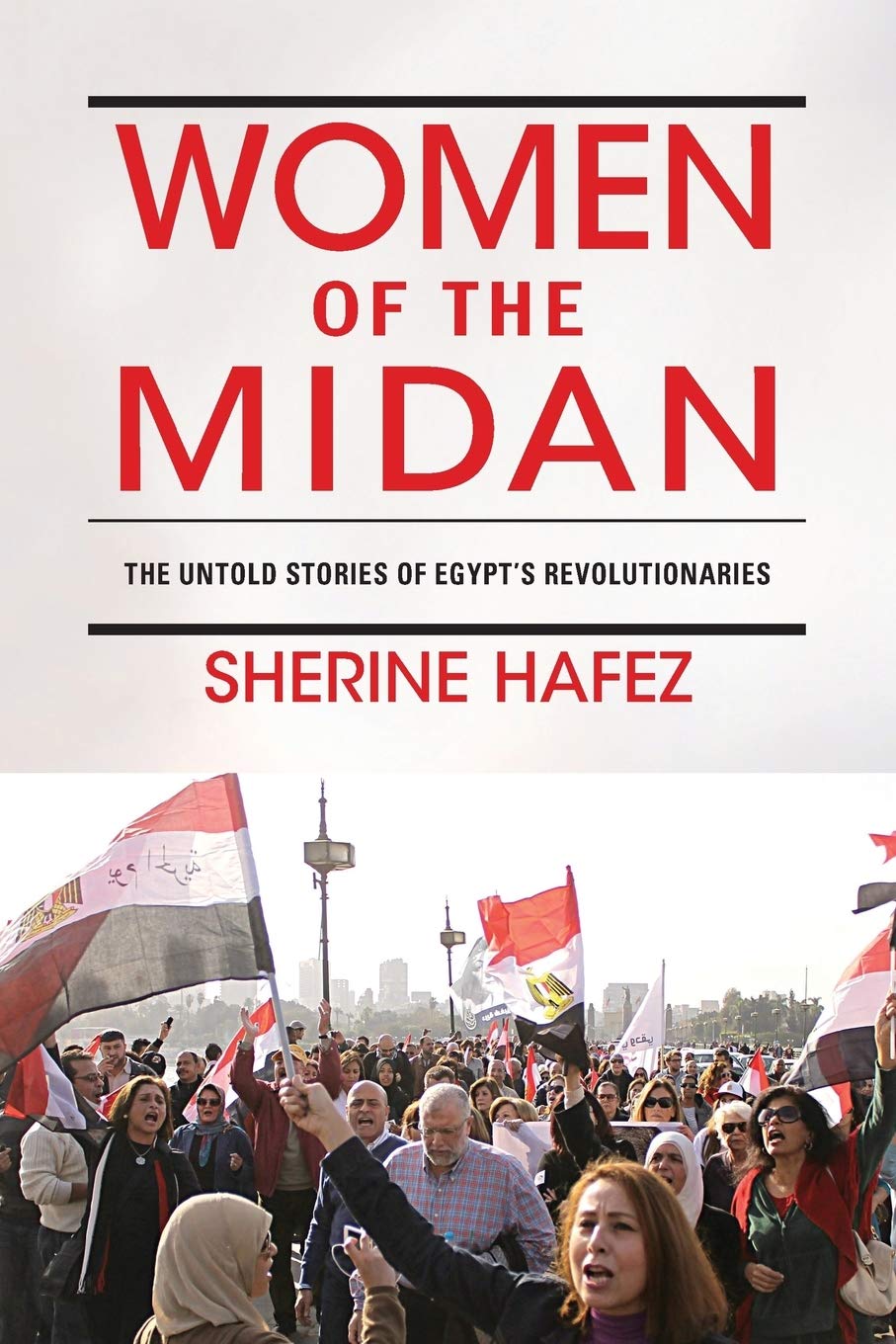 Sherine Hafez talks about her latest book, Women of the Midan: Untold Stories of Egypt’s Revolutionaries, with Marc Lynch on this week’s podcast. In her book, she demonstrates how women were a central part of the revolutionary process of the Arab Spring; not only protesting in the streets of Cairo, but also demanding democracy, social justice, and renegotiation of a variety of sociocultural structures that repressed and disciplined them. 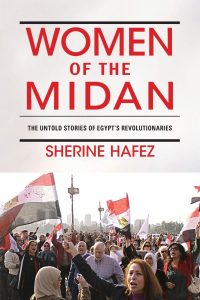 Hafez explains, “I just wanted to make sure that the contributions of women in the Midan during the uprisings, and specifically in Egypt, were documented so that…the activism cannot be written off as just part of the revolution…And I wanted so much to make sure that this is a record that can be read by future young activists of all genders, so that they can look back and know that there is a record of their contributions to politics in the Middle East.”

Hafez goes on, “When I decided to write the book, the revolution was in its hey-day…The revolutionaries felt that things can change; they had hope…and everybody was very optimistic, including myself. And it was really easy to talk to women who are in the Midan who were involved in all kinds of activism…It was just very exciting…and then gradually, as you know, the revolution took a shift and the things don’t become so easy. It was very difficult to actually find women activists who would like to talk about their experience in Midan, many of them found it very painful; some were even suffering from PTSD…So I realized that this sort of development in the way that I access my interviewees reflected the political scene in Egypt.”

“I was trying to find something more than memory [in my book], because when I was speaking to many of the women who were involved in the uprising, who found themselves for the very first time face-to-face with state violence…I felt that there was something there that was happening during the interview, it wasn’t simply that people are sitting here reminiscing or re-telling stories of the past…I could view how their bodies actually changed, their voices changed, the expressions and their eyes changed, the whole demeanor changed as they were re-telling the stories, and some of them always pointed out, you’re making us remember what it was like, and it was almost as if they were reliving these experiences, so it wasn’t simply just retelling a memory, it was “rememory,” actually, physically experiencing the events that took place,” said Hafez.

Sherine Hafez is Professor of Gender and Sexuality Studies at University of California Riverside. She is the Co-Editor of the Journal of Middle East Women’s Studies (JMEWS) and served as President for the Association of Middle East Anthropologists (AMEA).  Hafez’s research focuses on Islamic movements and gender studies in Arab and Middle Eastern cultures. Hafez lectures on gender studies in the Middle East and Muslim majority countries, Islamic movements, and women’s Islamic activism in the uprisings in the Arab World.