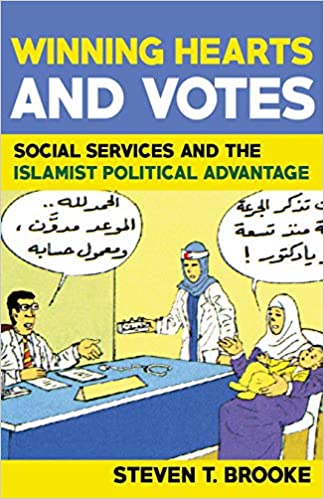 Steven Brooke talks about his latest book, Winning Hearts and Votes: Social Services and the Islamist Political Advantage, with Marc Lynch on this week’s podcast. Through an in-depth examination of the Egyptian Muslim Brotherhood, Brooke argues that authoritarians often seek to manage moments of economic crisis by offloading social welfare responsibilities to non-state providers. 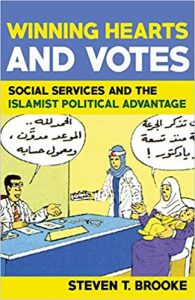 “One of the kind of key things that we often hear about Islamist movements like the Muslim Brotherhood is that one of the reasons why they’re popular is that they provide all sorts of things like clinics and schools and things like that. And this kind of makes people support them in elections or mobilize for them or just think kind of positively about these organizations. And so one of the things I wanted to do with the book was basically empirical—I just wanted to kind of see if I could research these things that everyone talks about and everyone seems to think matter, “said Brooke.

He explains, “One of the things that really came out of the archival evidence was that the Brotherhood really focused all of their work on paying and middle class customers…When I started the field work for this [book], I thought I was going to find these facilities staffed with members of the Muslim Brotherhood who were devoting their time to working in these medical facilities and that they were doing it for free and that the people who were using them were going to be poor and destitute. And that wasn’t the case at all…These are middle class enterprises.”

He goes on to say, “Initially I was expecting that that these [medical] facilities were going to be kind of underneath the radar of the state or they were going to be hidden away kind of fly by night enterprises. But really I kind of kept coming up against these points where it showed just how integrated these services were into the state. I mean they were providing dialysis services and being reimbursed by the Egyptian government for them.”

Steven Brooke is an Assistant Professor in the Department of Political Science at the University of Wisconsin-Madison. His research and teaching focuses on comparative politics, religion and politics, and the politics of the Middle East.  His articles have appeared in the American Political Science Review, Perspectives on Politics, Political Research Quarterly, and the British Journal of Middle East Studies. Brooke received his Ph.D. in Government in 2015 from The University of Texas at Austin.