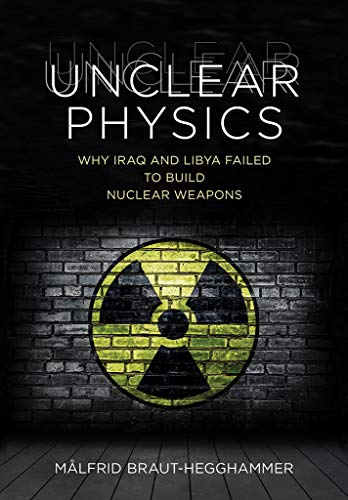 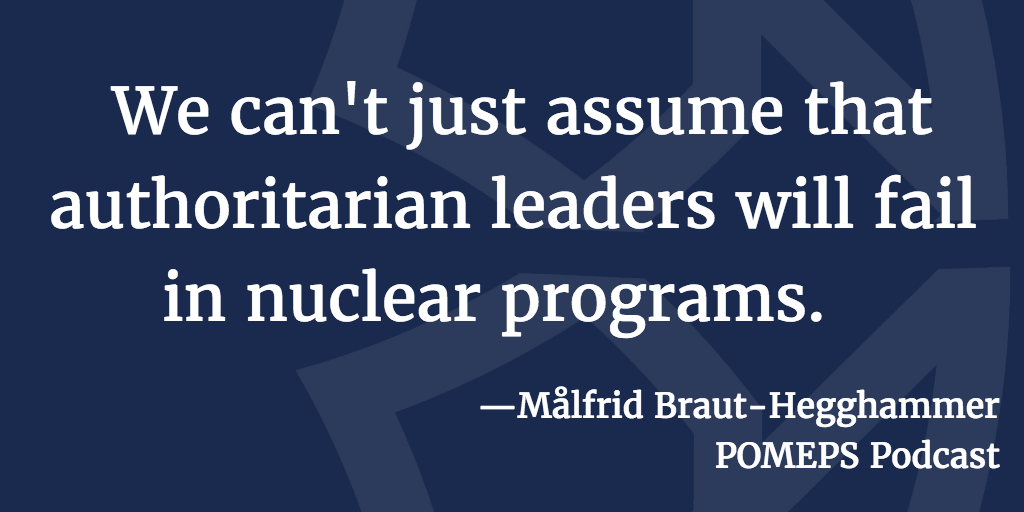 This week’s guest is Målfrid Braut-Hegghammer, who is the author of a new book, Unclear Physics: Why Iraq and Libya Failed to Build Nuclear Weapons. Braut-Hegghammer is an associate professor of political science at the University of Oslo.

“The main ambition [of my book] is really to tell a history of these nuclear weapons programs and set them in the context of these regimes. One of my frustrations has been that many have discounted  and suggested that the program wasn’t successful— and that more broadly that authoritarian leaders will inevitably fail in their efforts to pursue nuclear weapons. Now, with North Korea, we can we can see that that doesn’t seem right.”

“The Iraqi program was actually on the threshold of success in 1991, when the Gulf War interrupted the program. Whereas the Libyan program dwindled down until 2003, without ever coming close to any kind of success and breakthrough,” Braut-Hegghammer says. “These are very different outcomes even though neither country ended up with nuclear weapons. Iraq easily could have— if Saddam had not invaded Kuwait in 1990.”

“One of the fascinating discoveries was just the ways in which scientists, engineers, and officials designed Iraq’s program to be difficult to oversee. They would report on it selectively, in terms of what they were achieving and not achieving, but that they would report in a way that was very technical— difficult for anyone who wasn’t a scientist to decipher.”

The Liyan nuclear program differed from the Iraqi program. “it’s a fascinating story and I suspect that the Libyan case is a unique one,” says  Braut-Hegghammer. “Consistently throughout this program— which started in 1970 and ended in 2003— you see that there were there was a small number of Libyan scientists who made  very sound decisions, laid out plans that made sense. But any time these scientists tried to implement something, it all fell apart. It’s a long history of initiatives that disintegrated as soon as someone had to try and organize something.”

“The main reason is that Gadhafi’s project was to dismantle the state. He wanted what he called a ‘stateless state.’ Now, if you want a successful nuclear weapons program, you have to have functioning state institutions that can plan and launch and implement and review a program that is very complex with many different components that have to work together.”

“The main lesson is we can’t just assume that personalist leaders will fail in these programs,”  says  Braut-Hegghammer. “We see that the Iraqi program came close to success. When you look at North Korea today, you see a very sophisticated program.”