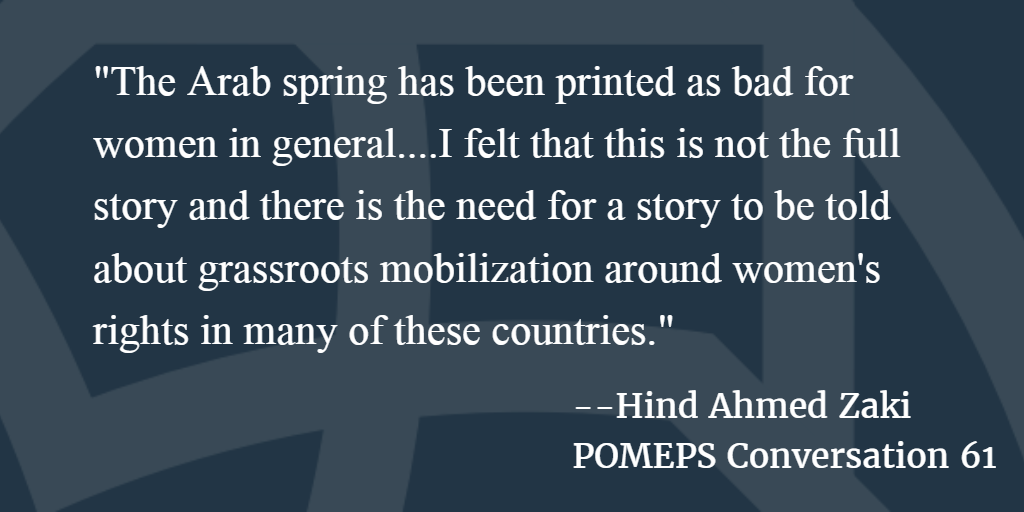 On this week’s POMEPS Conversation, Hind Ahmed Zaki speaks with Marc Lynch about feminism and women’s rights movements in the wake of the Arab Spring. Zaki particiapted in POMEPS’s panel, “Women in the Middle East Political Sphere after the Uprisings” on March 10, 2016. To listen to the other podcasts in the series subscribe via iTunes here or stream them on SoundCloud here.

Nelli Babayan looks at the violence in Nagorno Karabakh — and how ‘freezing’ conflicts can backfire.

Gerard Toal and John O’Loughlin give us 5 things you need to know about the deadly fighting in Nagorno Karabakh.

Andrea Gilli and Mauro Gilli ask, “So what if Iranian drones did strike Syria?”

The Project on Middle East Political Science is pleased to call for proposals for its fifth annual Junior Scholars Book Development Workshop to be held at Princeton University on November 10 — 11, 2016. Applicants must be post-PhD and pre-tenure and must have a complete book manuscript ready for circulation and discussion by August 1, 2016. Only first book projects will be considered. Each manuscript will be discussed in depth by at least two senior colleagues. The goal of the discussion is to prepare the manuscript for submission to an appropriate press. Research can focus on any aspect of the contemporary politics of the broader Middle East.

Find more information on how to apply here.