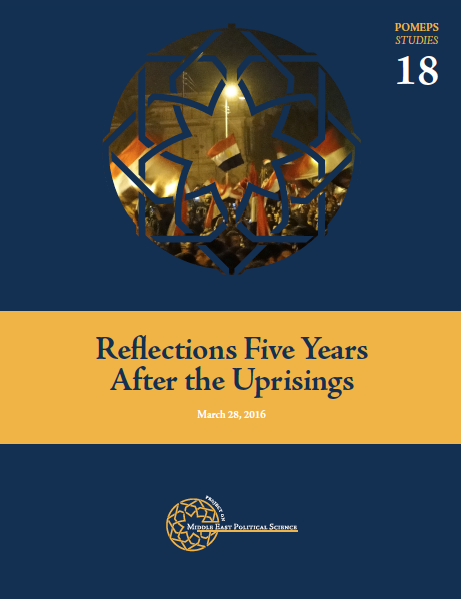 This week in our POMEPS Conversations podcast 60, Marc Lynch sits down with Amaney Jamal. She speaks with Marc Lynch about the After the Uprisings conference co-hosted by Princeton University and POMEPS, and the future of political science in the Middle East. To listen to the other podcasts in the series subscribe via iTunes here or stream them on SoundCloud here.

Marc Lynch cautions that it is wrong to say the Arab uprisings failed.

Dorothy Ohl and Holger Albrecht look at why some (but not all) Middle East militaries stand by their leaders.

Devorah Manekin asks, “Why do some Israeli soldiers use unauthorized force?”

The Project on Middle East Political Science is pleased to call for proposals for its fifth annual Junior Scholars Book Development Workshop to be held at Princeton University on November 10 — 11, 2016. For more information and application guidelines click here.