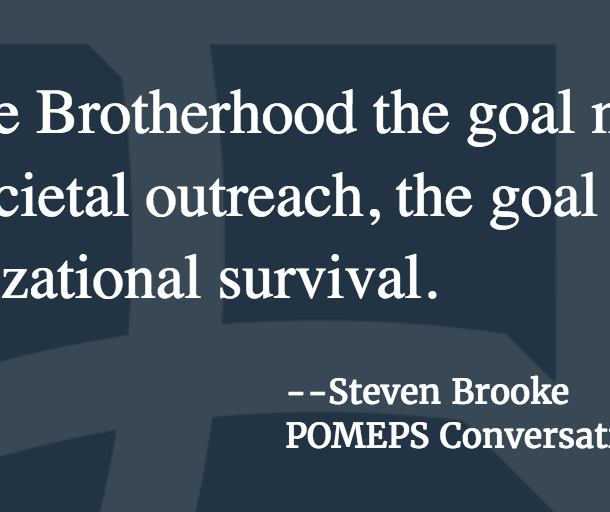 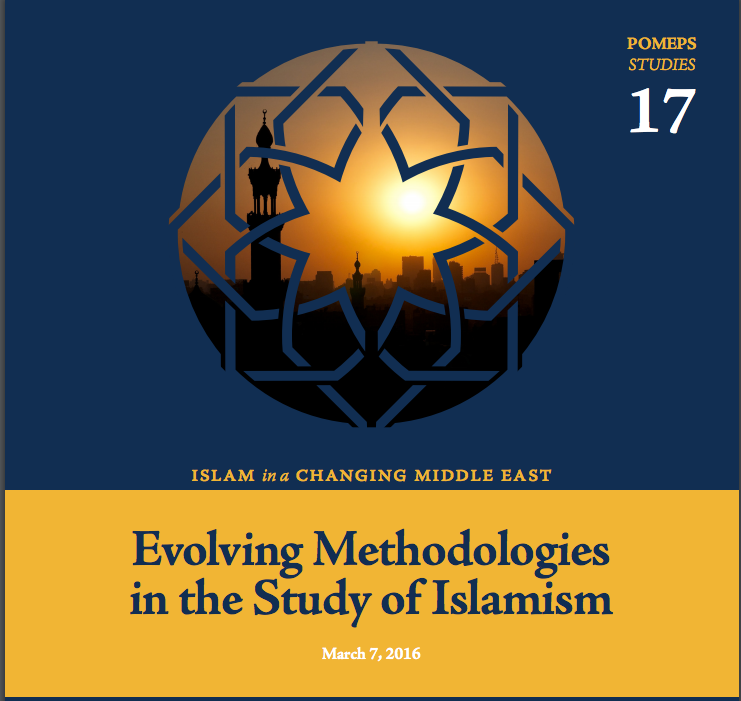 POMEPS studies 17: Evolving Methodologies in the Study of Islamism

On January 29, 2016, scholars gathered for the Project on Middle East Political Science’s 3rd Annual workshop on Islamist politics as part of our Islam in a Changing Middle East initiative. The resulting essays offer an incredibly rich set of reflections that challenge the utility of core concepts such as “moderation” and “radical Islam.” They investigate the operation of specific causal mechanisms such as repression, identity, and organizational structure. They consider how newly available sources of survey and social media data can change our research approaches and remind us of all we have learned. Read all of the essays here.

This week in our POMEPS Conversations podcast #57, Marc Lynch sits down with Steven Brooke. Brooke discusses the Muslim Brotherhood in Egypt over the past five years and prospects for future study of the group. To listen to the other podcasts in the series subscribe via iTunes here or stream them on SoundCloud here.

Marc Lynch asks, “Is the Muslim Brotherhood a terrorist organization or a firewall against violent extremism?”

Jean Lachapelle looks at the case of Giulio Regeni in Egypt.

Shibley Telhami argues that Israel’s Jewishness is overtaking its democracy.

Sharan Grewal  tracks the changes in Tunisia’s military during its transition to democracy.

Mohammad Ayatollahi Tabaar says that the triumph of moderates is a setback to Iranian democracy.

See posts from our virtual symposium on the Arab uprisings at the five year mark here.

Heading to the International Studies Association Annual Convention in March?

Check out our guide to ISA 2016, featuring many POMEPS steering committee members, TRE grant recipients, and other collaborators. Don’t forget, POMEPS is hosting a reception on Friday night–see you there! More info and RSVP link here.