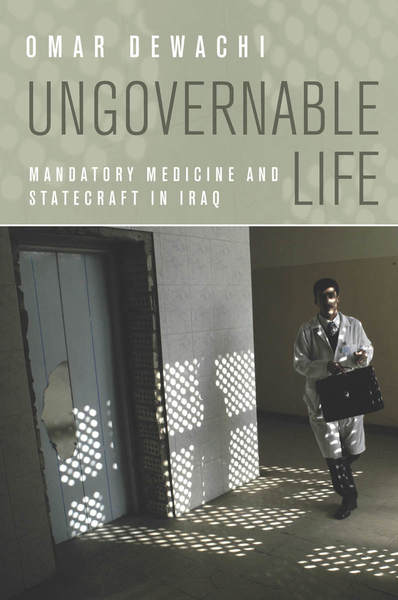 Omar Dewachi talks about his latest book, Ungovernable Life: Mandatory Medicine and Statecraft in Iraq, with Marc Lynch on this week’s podcast. The book presents the history of healthcare in Iraq, the rise and fall of Iraqi medicine, and the role of healthcare in the making and unmaking of the infrastructure of the state. 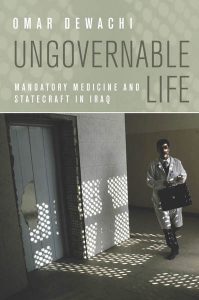 Dewachi explains, “For four decades, the state [of Iraq] invested in training doctors and building better health care institutions. Regardless of the ideology of the ruling parties…there was constant interest in developing the health care infrastructure.”

He expands, “The war platform was very important in the 1980s and actually both Iraq and Iran showed…a lot of investment and mobilization of the population to respond to the possible health fallout from the war. So in both countries you see cutting down of infant mortality rates, maternal mortality rates, and the mobilization of the population to actually do public health on a grassroots level.”

“What you get in the 1990s [is] a very disturbing war project where you destroy the infrastructure of the country and then you put an entire population under sanctions. And that experiment soon in a very quick way begins to undermine the functioning of a relatively powerful state infrastructure…Which basically also means a kind of a dismantlement of human infrastructure of expertise and knowledge and training networks. So all of this gets completely dismantled in relationship to the lack of available supplies and deterioration in hospital sanitation and increases in in poverty and inequality,” explains Dewachi.

Dewachi is an Associate Professor at Rutgers University’s Department of Anthropology. Dewachi graduated from Harvard University with a Ph.D. in Social Anthropology in 2008. His research focuses on the biomedical, environmental, and social experiences of war injury, displacement, and the rise of Anti-Microbial Resistance (AMR) across different conflict-settings and therapeutic geographies in the Middle East. His work has culminated in the inauguration of the Conflict Medicine Program at the American University of Beirut in Lebanon.