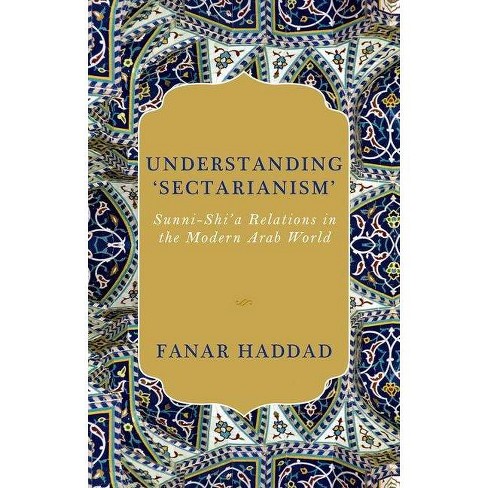 Fanar Haddad talks about his latest book, Understanding ‘Sectarianism’: Sunni-Shi’a Relations in the Modern Arab World, with Marc Lynch on this week’s podcast. The book explores the sectarian identity not as a monochrome frame of identification, but as a multi-layered concept.

Haddad said, “One of the problems with how sectarianism, the phrase, is approached is that it’s almost always is presented as meaning just one thing thereby condensing what is inescapably a multifaceted subject into some mono-dimensional or mono-colored aspect. And so if we are going to take sectarian identity we need to avoid making the same mistake.”

“What I propose in the book is that sectarian identity operates on four dimensions simultaneously, on four interlinked dimensions. And these are the doctrinal dimension; the subnational, so that’s the dynamics within a single nation-state. Thirdly, at the level of the nation-state, so in terms of how sectarian identity interacts with nationalism and national identity, and finally on a transnational level, as well. And by dissecting it in that way, we can start better identifying what aspect of sectarian identity we’re actually concerned with or is actually relevant when people use that catchall phrase sectarianism,” Haddad said.

Haddad explains, “Blindness is not necessarily neutrality because, unless you remedy the underlying structural imbalances, blindness becomes a way of perpetuating and enforcing these imbalances… Were one to raise the issue of structural sectarian discrimination, one will be accused of being sectarian or being guilty of sectarianism. So whether it’s in Bahrain or Syria or in Iraq today or previously before 2003, it’s almost criminalized to lobby or raise awareness of structural sectarian discrimination that disproportionally affects one sectarian identity. And the parallel I draw is, ‘Would we ever think of calling the NAACP a racist organization for lobbying for the rights of a minority?’”