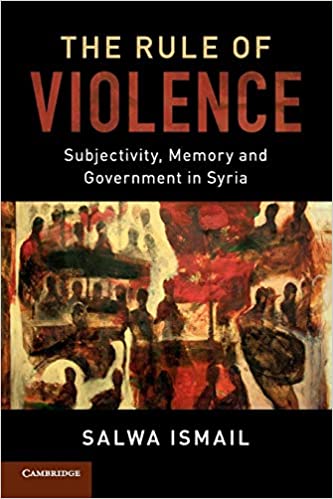 Salwa Ismail talks about her latest book, The Rule of Violence: Subjectivity, Memory and Government in Syria, with Marc Lynch on this week’s podcast. The book demonstrates how the political prison and the massacre, in particular, developed as apparatuses of government, shaping Syrians’ political subjectivities and structuring their interactions with the regime and with one another. 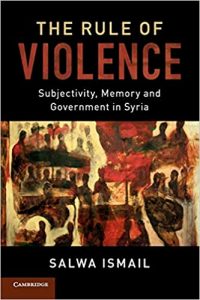 “The main question [of the book] was really to understand the centrality of violence to the Assad regime and it was also to kind of expand our perspective on violence beyond seeing violence as purely repressive and thinking that it must be functioning; it must do something. I wanted to understand what it did to Syrian society and Syrians as political subject citizens and their understanding of themselves, each other, and the relation to the regime,” said Ismail.

When describing the political prison apparatus, she explains, “It was very common to make prisoners eat soiled food too. It was soiled with either urine or vermin or sewage water or even sometimes forcing them to drink soiled water and so on…So you think that this is cruel and irrational but you have to look at what it does to the political prisoner in terms of their own sense of self and their ability to kind of maintain a sense of their humanity and self-respect…The experiences and the feeling of not being able to stand up for yourself or for fellow political prisoners…that kind of gives us a sense that there is a political objective to this which is to undo the political subjectivity of these prisoners so they cannot really dissent.”

She goes on to say, “There was a kind of recurrence of these campaigns to make the political prisoners not only renounce their political commitments and allegiance to particular political parties but also to actually completely reverse themselves and pronounce their allegiance, for example, now to Bashar al-Assad; so it was a complete overturning of the subject.”

Salwa Ismail is a Professor of Politics, with a focus on the Middle East, at SOAS University of London. She is a member of the London Middle East Institute and the Center for Palestine Studies. She has authored multiple books, including Political Life in Cairo’s New Quarters: Encountering the Everyday State (2006) and Rethinking Islamist Politics: Culture, the State and Islamism (2003).