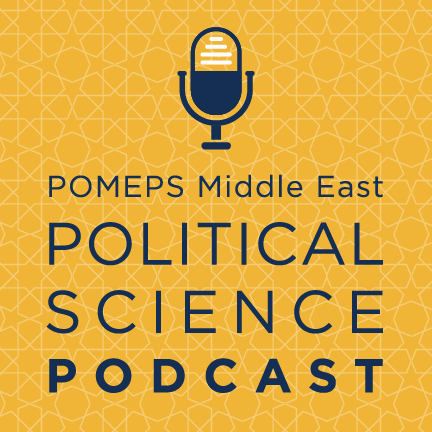 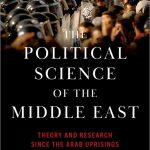 On the first episode of Season 12 of the POMEPS Middle East Political Science Podcast, Marc Lynch speaks with Jillian Schwedler of City University of New York, and Sean Yom of Temple University about their co-edited volume, The Political Science of the Middle East: Theory and Research Since the Arab Uprisings. The volume is a definitive overview of what political scientists are working on within the Middle East and North Africa. Its dozen chapters cover an exhaustive array of topics, including authoritarianism and democracy, contentious politics, regional security, military institutions, conflict and violence, the political economy of development, Islamist movements, identity and sectarianism, public opinion, migration, and local politics. (Starts at 02:26). This season of the podcast will also include conversations with the authors of each chapter from the book. On today’s episode, Bassel Salloukh of the Doha Institute for Graduate Studies and Alexandra Siegel of University of Colorado at Boulder talk about their chapter on identity and sectarianism (co-authored with Fanar Haddad, Lisel Hintz, Rima Majed, and Toby Matthiesen). (Starts at 32:55). Michael Robbins of Arab Barometer discusses his chapter on public opinion survey research (co-authored with Lindsay Benstead and Justin Gengler). (Starts at 51:24).

Music for this season’s podcast was created by Myyuh. You can find more of her work on SoundCloud and Instagram.

You can listen to this week’s podcast on Spotify, Apple Podcasts, Amazon Music, or SoundCloud: