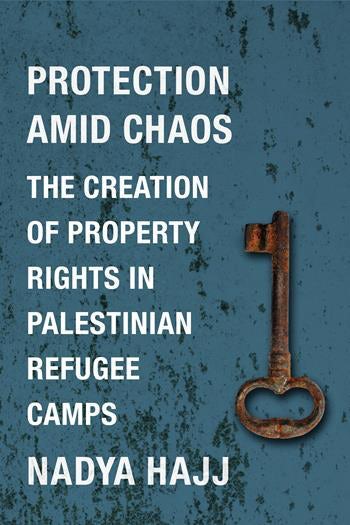 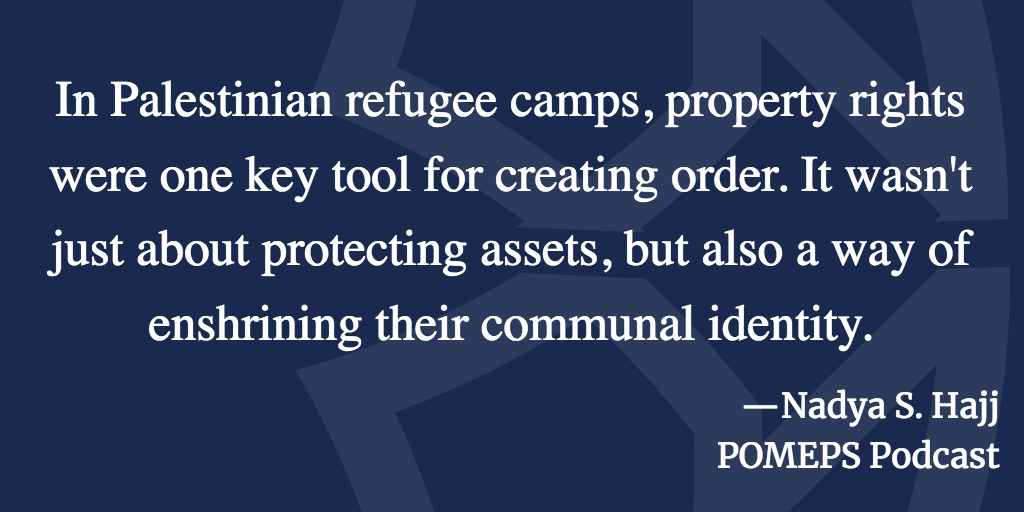 “I started visiting [Palestinian refugee] camps in 2004. The camps looked really different than these impermanent types of places— and people were doing much more than surviving. They were actually thriving. Physically you could see this: over time, their homes had become more permanent structures. There were businesses. There were paved roads. There was a real estate market. There was a lot of entrepreneurship going on. And institutional literature and economics literature didn’t really explain why would people do that if they knew they were in a refugee camp. Why would someone invest in the world around them?” said Hajj, assistant professor of political science at Wellesley College.

“I started to think that property rights were one key tool for creating order. They served more than just an economic purpose,” said Hajj. “It wasn’t just about protecting assets, but the way in which Palestinians constructed property rights that became a way of enshrining their communal identity. So it served more than just protecting an economic asset. It was also about protecting the communal identity in a place that was under a lot of threat by a much more powerful host states and nationalist parties that would float through.”

“Camps are not just randomly strewn about individuals living in this place. Most camps replicate pre-1948 villages, so people that were neighbors prior to 1948— their families continue to remain neighbors in those neighboring villages from that same region are replicated in the camps,” said Hajj. “This has good things and bad things to it. On the one hand, it’s a really positive thing because you have usually shared ideas of what’s appropriate behavior— and you have a shared understanding of how we’ve done this in the past. But there’s also the flip side of that that old feuds and disputes continue to persist till this day in the camps.”

The deadline has been extended to 07/29! POMEPS is thrilled to announce our first thematic workshop of Fall 2020: Frozen Conflicts. We invite potential authors to think creatively and in novel ways about such conflicts. Apply here --> https://pomeps.org/call-for-proposals-frozen-conflicts-virtual-thematic-workshop

POMEPS is thrilled to announce our first thematic workshop of Fall 2020: Frozen Conflicts. We invite potential authors to think creatively and in novel ways about such conflicts. We are accepting proposals NOW. Deadline to apply is 7/24. More info here --> https://pomeps.org/call-for-proposals-frozen-conflicts-virtual-thematic-workshop