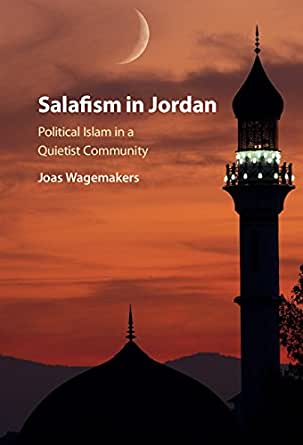 On this week’s podcast, Joas Wagemakers talks about his new book, Salafism in Jordan: Political Islam in a Quietist Community, on the quietist ideology that characterizes many Salafi movements. 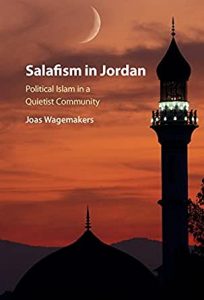 “Salafism is obviously in the news all the time. It’s in the news in Western European countries, for example, as a threat usually as connected to terrorism, but it’s also important because it has to do with the relation between religion and non-religious people: what role does religion play in society?” says Wagemakers. “For that reason the study of Salafism in general in important. With regard to the Middle East, we usually hear about Salafism in Egypt, sometimes in Yemen, Saudi Arabia, but not so much Jordan.”

Joas Wagemakers is an Assistant Professor of Islamic Studies at Utrecht University. His research focuses on Salafism and Islamism. His publications include A Quietist Jihadi: The Ideology and Influence of Abu Muhammad al-Maqdisi  (Cambridge University Press, 2012), Salafism: Utopian Ideals in a Stubborn Reality (Parthenon, 2014 (in Dutch); with Martijn de Koning and Carmen Becker) and Salafism in Jordan: Political Islam in a Quietist Community (Cambridge University Press, 2016).

“I remember interviewing people in 2013 who could sit in the same room, and one person said ‘I support the Islamic State’. Another said ‘I support Al Qaeda’ and another saying ‘I support all’ and they could still be friends. But the polarization and the partisanship in this issue created a situation in which that sort of thing was no longer possible. The enmity between these different groups ensured that they grew apart. And you’re either a supporter of the Islamic State or al Qaeda. Never the two shall meet.”