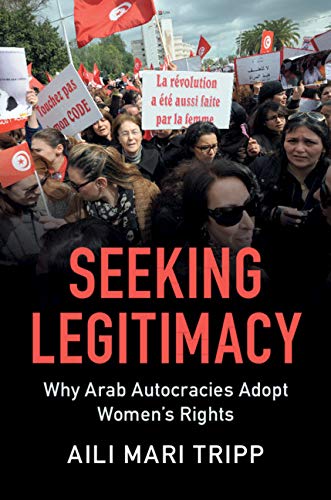 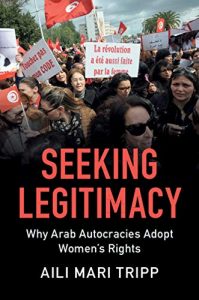 counterparts, and how women’s rights were used to advance the political goals of these authoritarian regimes.

Tripp explains, “I was interested in the fact that you have this growing divergence within the MENA region itself in terms of the adoption of women’s rights, yet people keep talking about the region as one monolith when it came to women’s rights.

“The fact that women’s rights are such a central theme in north African politics. I mean nothing happens without the issue of women’s rights coming to the floor somehow as we saw at the time of independence in Algeria, as we saw after the Arab Spring in Tunisia with the debates over the constitution in 2011,” notes Tripp.

Tripp says, “Why are autocrats adopting women’s rights legislation and making constitutional provisions and promoting women as leaders? In a nutshell, my argument has to do with some of the strategic interaction that goes on between the ruling parties, which in the case of Tunisia and Morocco for the time period I’m looking at are Islamist parties. Between the regime and these Islamist parties and the various Islamist movements in these countries and the interaction with women’s movements this interaction between these various actors has resulted in an unprecedented advancement in women’s rights.”

Aili Mari Tripp is Wangari Maathai Professor of Political Science and Gender & Women’s Studies and Chair of the Department of Gender and Women’s Studies at the University of Wisconsin-Madison. Tripp’s research has focused on women and politics in Africa, women’s movements in Africa, women and peacebuilding, transnational feminism, African politics (with particular reference to Uganda and Tanzania), and on the informal economy in Africa. Her current research involves a comparative study of women and legal reform in North Africa.