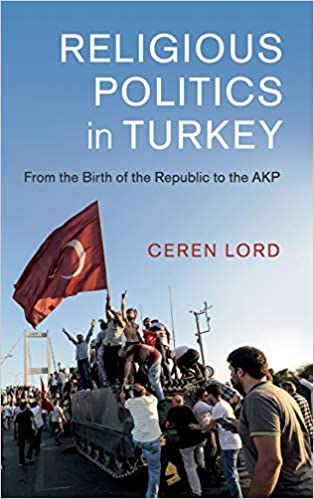 Ceren Lord talks about her latest book, Religious Politics in Turkey: From the Birth of the Republic to the AKP, with Marc Lynch on this week’s podcast. The book is about how Islamist mobilization in Turkey has been facilitated from within the state by institutions established during early nation-building. 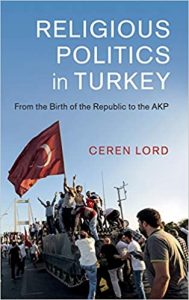 “I believe my book offers a corrective to some of the established common wisdoms that look at Islam as politics or religious politics more broadly in terms of seeing it as a reaction to the crisis of a secular state or a grassroots mobilization against a secular state. Instead I focus on how religious politics should be situated as the outcome of a more dynamic struggle within the state itself,” explains Lord.

“I started working on the Diyanet back in the 2000s…Most of the literature saw this [the Diyanet] as an apparatus of the secular state and under the AKP the Diyanet came to be seen as the implementer of the AKP ideology. Whereas if you look at…the practices of what the Diyanet has been doing, actually it has great levels of agency and has been one of the key agents of Islamization in Turkey that’s been completely missed in the literature because there is such a binary analytical framework in at the country,” Lord argues.

Lord goes on to say, “It’s been a massive transformation of the state [since 2016]. It has been unprecedented really in Turkish history in terms of the amount of civil servants that they have removed from office. What’s happened now is that they have been replaced by various other religious organizations…there has been an emptying out all of these institutions and filling them up with pro AKP and add on top people that are not necessarily qualified to do the job.”

Ceren Lord is currently British Academy Postdoctoral Research Fellow, with Middle East Studies at the Oxford School of Global and Area Studies (OSGA), where she was previously a Sasakawa Peace Foundation Postdoctoral Research Officer. She completed her PhD in May 2015 at the London School of Economics, Government Department, focusing on the role of the state and the ulema (Diyanet) in the rise of political Islam in Turkey. She is a regular contributor to the Economist Intelligence Unit, Associate Editor at the British Journal of Middle Eastern Studies and the lead editor for the British Institute at Ankara (BIAA) Contemporary Turkey series published by I.B. Tauris.