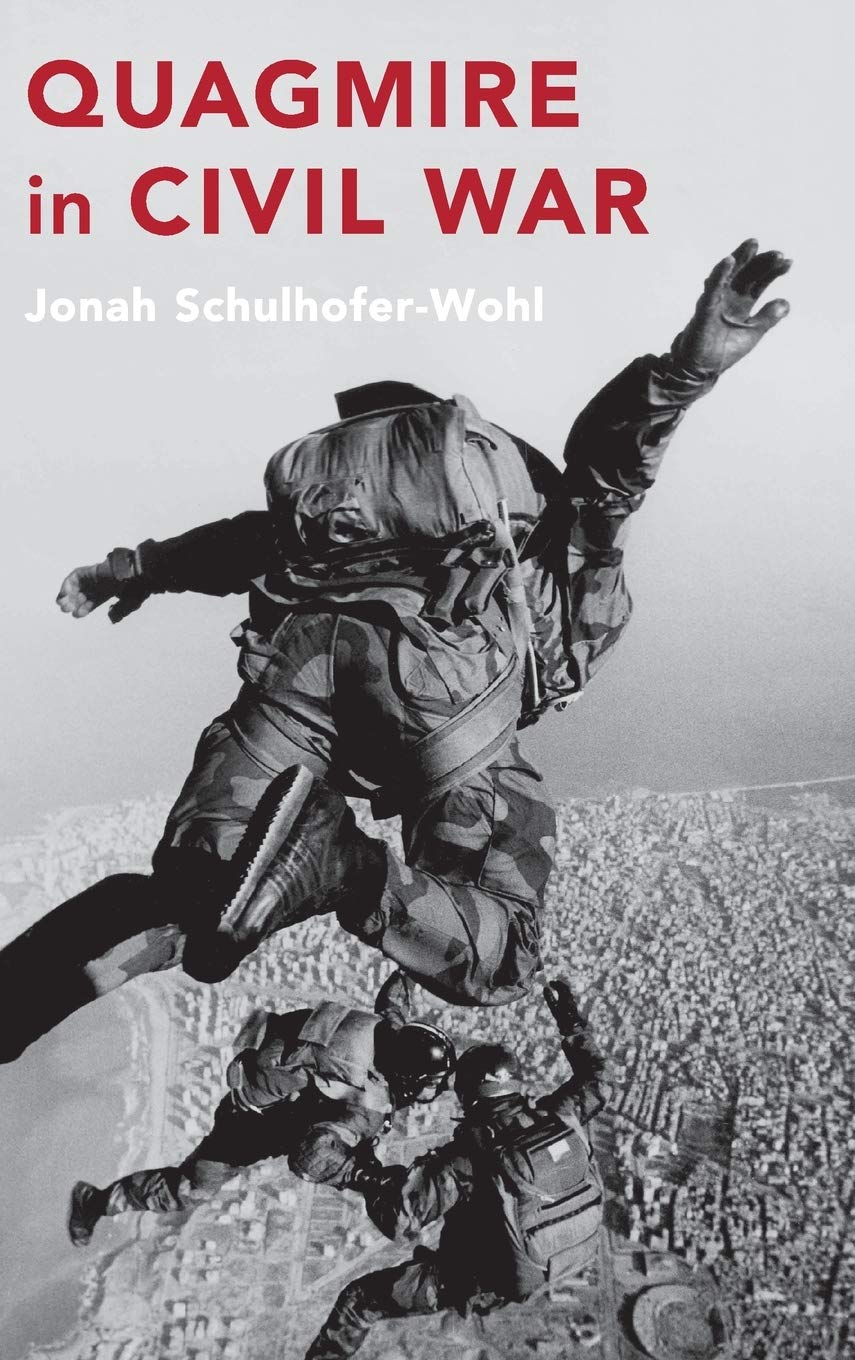 Jonah Schulhofer-Wohl talks about his latest book, Quagmire in Civil War, with Marc Lynch on this week’s podcast. His book explains he explains how quagmire can emerge from domestic-international interactions and strategic choices and draws upon field research on Lebanon’s sixteen-year civil war, structured comparisons with civil wars in Chad and Yemen, and rigorous statistical analyses of all civil wars worldwide fought between 1944 and 2006. 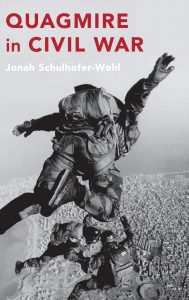 Schulhofer-Wohl  explains, “I was very interested in digging into an idea of how it was that the groups that are fighting in civil wars can become trapped in a war…There are some wars in which it looks like for whatever reason the armed groups that are fighting in them are unable to win the war. They’re unable to negotiate to make a settlement and the war just drags on. But there’s something about that that’s different from just a war that lasts for a very long time.”

He goes on to say, “The book makes the point that we kind of have a default view of entrapment and civil war that it’s based on underlying characteristics of a country or a war. So the Obama administration, for example, had a view that current conflicts in the Middle East are just incredibly complicated…And these are conflicts the United States shouldn’t get involved in because they’re going to be overly complicated and then they’re going to be something that will entrap everyone. And by taking this strategic decision making perspective, the book actually outlines an argument that’s the opposite of that, which is to say it’s based on the choices that are being made by the foreign states, by the armed groups fighting the war. And it’s these choices that lead to quagmire—not anything particular about the nature of the country or the kind of war that’s being fought.”

“I’m also trying to outline an argument for quagmire that’s different from what you might hear normally about foreign interference and civil wars, which is that a country is trapped in conflict because that’s what the foreign backers want. You’ll hear some people argue that what regional powers in the Middle East want is just to keep Libya in a permanent state of warfare or to keep Yemen in a permanent state of warfare to keep Syria like that…And what I’m saying is that that’s one possibility…But I also want to understand, is it possible that through taking rational decisions based on their self-interests—that don’t have to do with wanting to keep a country in a state of conflict—it might nevertheless end up that way,” said Schulhofer-Wohl.

Jonah Schulhofer-Wohl is Assistant Professor of Political Science at Leiden University. His research agenda, on the conduct of civil wars, includes an empirical focus on the Middle East, but addresses questions about civil wars as a general matter, and draws on comparisons across diverse countries. Before joining the faculty at Leiden, Schulhofer-Wohl taught at the University of Virginia and as a visiting assistant professor at Harvard University’s John F. Kennedy School of Government. He received his Ph.D. from Yale University.