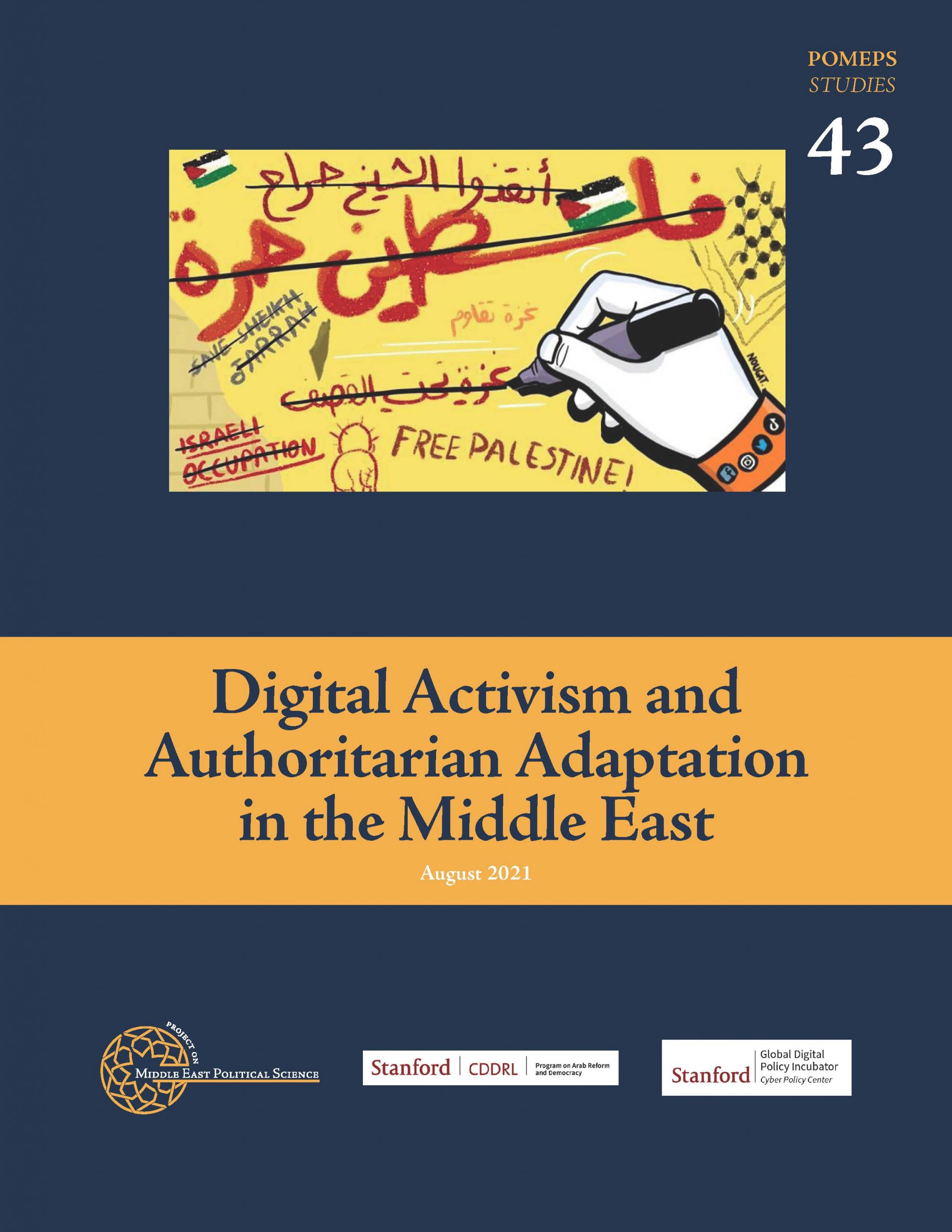 The Project on Middle East Political Science partnered with Stanford University’s Center for Democracy, Development and the Rule of Law and its Global Digital Policy Incubator for an innovative two week online seminar to explore the issues surrounding digital activism and authoritarianism.  This workshop was built upon more than a decade of our collaboration on issues related to the internet and politics in the Middle East, beginning in 2011 with a series of workshops in the “Blogs and Bullets” project supported by the United States Institute for Peace and the PeaceTech Lab. This new collaboration brought together more than a dozen scholars and practitioners with deep experience in digital policy and activism, some focused on the Middle East and others offering a global and comparative perspective. POMEPS STUDIES 43 collects essays from that workshop, shaped by two weeks of public and private discussion. 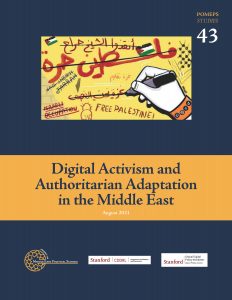 Digital Activism and Authoritarian Adaptation in the Middle East

The Implementation of Digital Surveillance Infrastructures in the Gulf

The Web (In)Security of MENA Civil Society and Media

Beyond Liberation Technology? The Recent Uses of Social Media by Pro-Democracy Activists

Transnational or Cross-Border Digital Repression in the MENA Region

Social Media Manipulation in the MENA: Inauthenticity, Inequality, and Insecurity

Tracking Adversaries and First Responding to Disinfo Ops: The Evolution of Deception and Manipulation Tactics on Gulf Twitter

Follow the Money for Better Digital Rights in the Arab Region