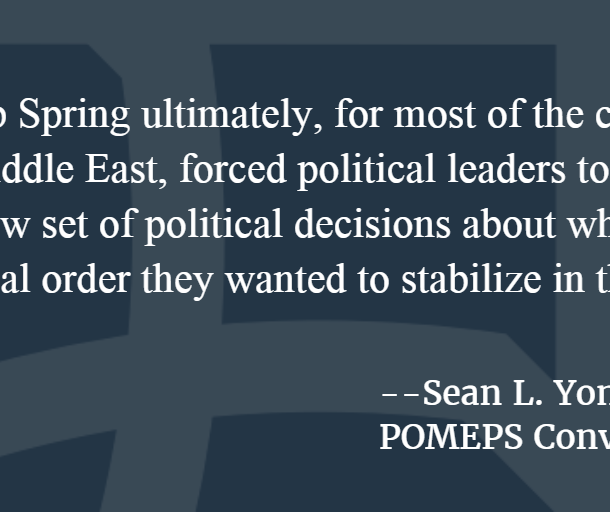 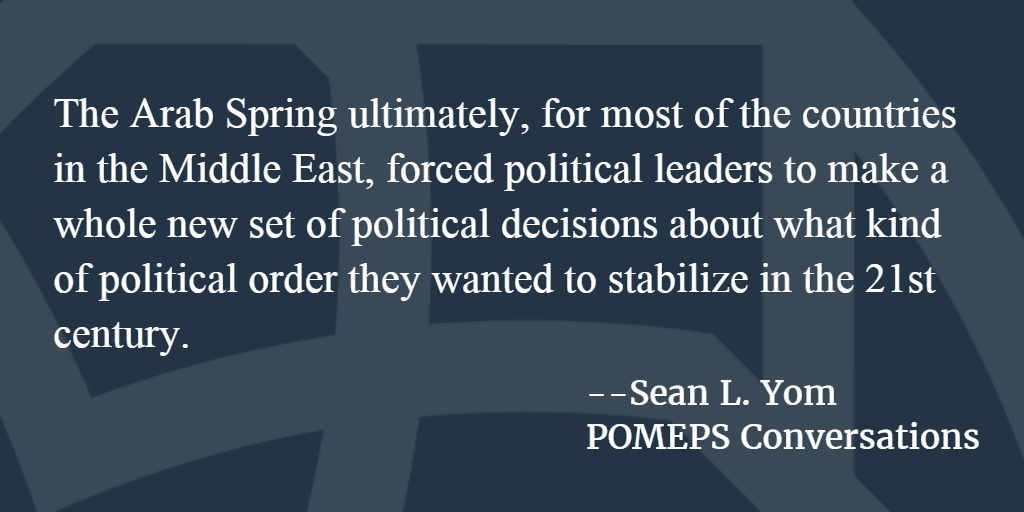 This week’s conversation is with Sean L. Yom. He speaks with Marc Lynch about his new book, From Resilience to Revolution, and the role of foreign and domestic actors in Middle East politics.

Sean L. Yom is an assistant professor of political science at Temple University. His research focuses on the comparative politics of the Middle East, especially the dynamics and effects of authoritarianism, democracy, and U.S. foreign policy.