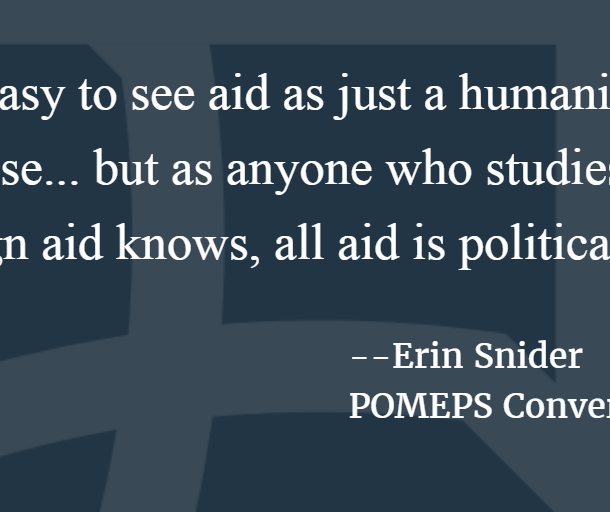 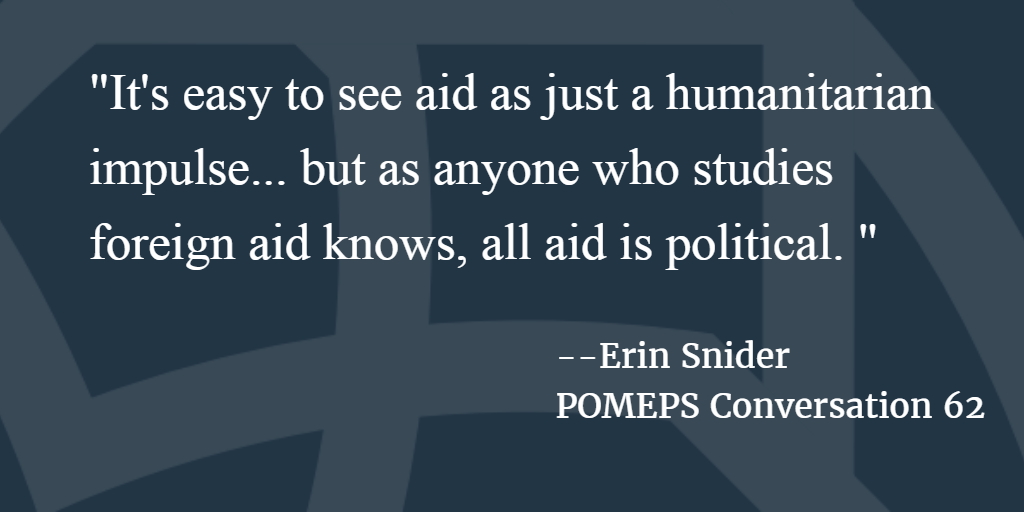 On this week’s POMEPS Conversation, Erin Snider from Texas A&M speaks with Marc Lynch about the political economy of foreign aid in the Middle East.

Erin A. Snider is an assistant professor at the Bush School of Government and Public Service at Texas A&M University. Prior to joining the Bush School, Snider served as postdoctoral fellow at the Niehaus Center for Globalization and Governance in the Woodrow Wilson School of Public and International Affairs at Princeton University, as well as a Gates Scholar at the University of Cambridge. Previous collaborations with POMEPS include a TRE grant for research in Morocco and a contributing memo in POMEPS Studies 16, International Relations Theory and a Changing Middle East.