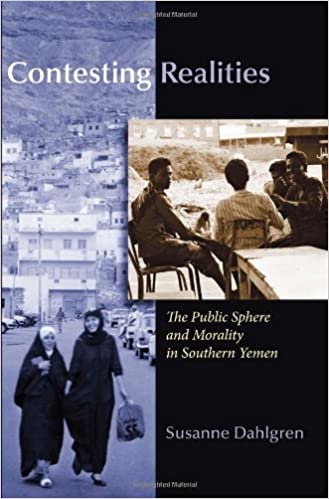 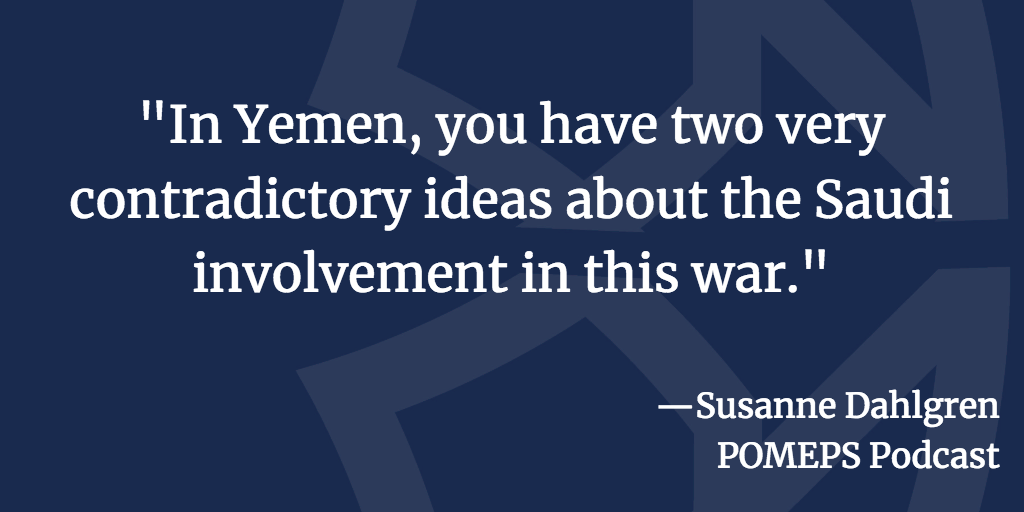 In this week’s podcast, Marc Lynch speaks with Susanne Dahlgren about Yemen. Dahlgren is the author of Contesting Realities: The Public Sphere and Morality in Southern Yemen, and is a Visiting Research Associate Professor at National University of Singapore as well as a Academy Research Fellow at the University of Helsinki.

Dahlgren speaks about the history of southern Yemen and its union to become present-day Yemen in 1990. “In the beginning it was a happy union, but very soon it turned out to be very ugly politics from the perspective of the Southerners. Things went really bad in 1993– or the three years after the unity— and that led to the first inter-Yemeni war. The current war, which started in 2015 is considered by southern Yemenis as the inter-Yemeni war.”

“They think that the the Houthi’s movement—together with the former president Ali Abdullah Saleh— want to conquer South Yemen militarily. They have taken up arms in order to resist and they are working in cooperation with with the Saudi war coalition” said Dahlgren. “In Yemen, you have two very contradictory ideas about the Saudi involvement in this war. In the south, they consider that the Saudis are they allies. While in the North, it’s considered an aggression.”