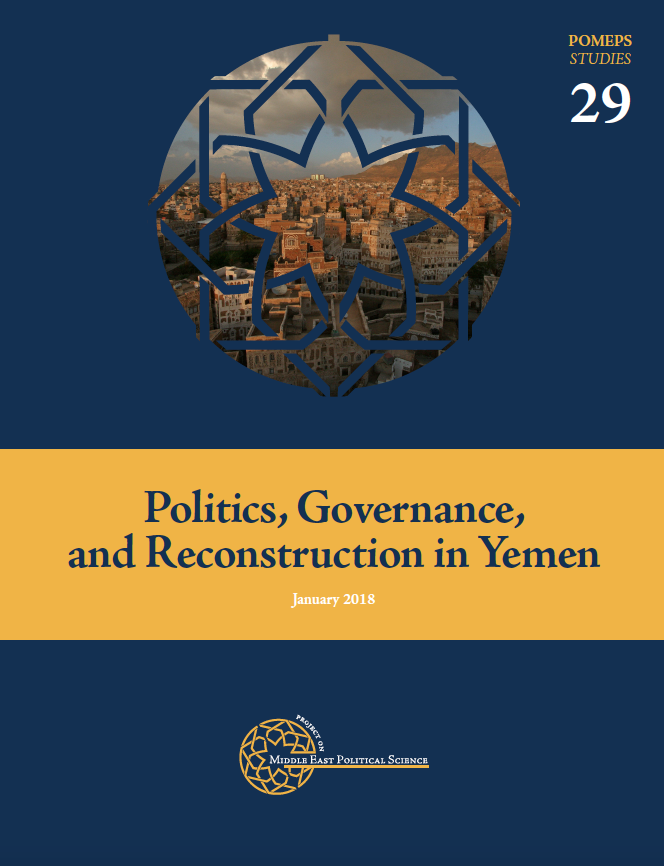 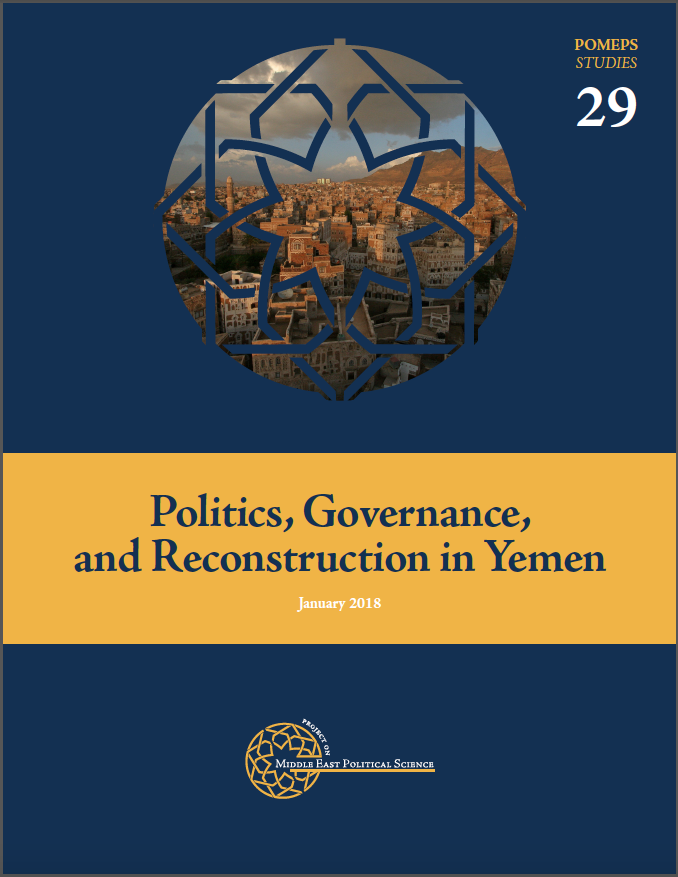 Yemen’s war has become one of the world’s worst humanitarian catastrophes. The preventable consequences of the war have been well-documented and the military conflict is now at a stalemate. For Yemenis, 2018 promises a sustained downward spiral.

The war and humanitarian catastrophe in Yemen has received relatively little analytical or scholarly attention compared to the conflicts elsewhere in the region, such as Syria and Iraq. Both the Houthis and the Saudi-UAE coalition tightly control access for journalists and researchers, making up-to-date, on the ground research difficult. Media coverage is dominated by propaganda, reinforcing prevailing narratives of either Iranian encroachment or Saudi adventurism. These conditions have not been conducive to sustained, rigorous, empirically and theoretically informed analysis of Yemen. How have political coalitions and movements adapted to more than two years of war and economic devastation? How does governance actually work under the Houthis, the coalition, and in other areas of the country? How has the intervention changed the prospects of the southern secessionist movement? What prospects exist for a political agreement which might end the war?

On November 10, the Project on Middle East Political Science convened a workshop on these questions with participants from Yemen, Europe, and the United States. The invited scholars and analysts all have longstanding research ties to the country, and most have been able to carry out very recent research inside the country. It is worth noting that assembling the workshop proved exceptionally challenging. The highly polarized political situation in Yemen extends to the analytical community, making publishing analysis a potential problem for Yemenis who live – or aspire to return – to Yemen. More directly, changing American travel regulations ultimately deterred numerous invited participants from attempting to reach Washington D.C., including several Yemeni scholars and several European scholars with deep experience in the region. While some participated virtually, the loss of a number of critically important Yemeni and European scholars from the workshop tangibly represents the broader cost to academia of these travel restrictions.

Despite these obstacles, the workshop brought together a remarkable group of American, European, and Yemeni scholars. Their papers and workshop discussions offered insightful analysis into the central actors, alliances, and war dynamics, and how these are likely to shape whatever future agreement may arise in Yemen. This collection offers no clear path forward for policymakers. But it does draw on the depth of knowledge and detailed research conducted by an interdisciplinary group of scholars who have committed themselves to the study of Yemen and who doubtless hope that this research can help to inform policies that promote a peaceful resolution to this devastating war and an inclusive and sustainable process of rebuilding.

Sunni Islamist dynamics in context of war: What happened to al-Islah and the Salafis?, Laurent Bonnefoy, Sciences Po/CERI

Gasping for hope: Yemeni youth struggle for their future, Ala Qasem, Resonate! Yemen

A diaspora denied: Impediments to Yemeni mobilization for relief and reconstruction at home, Dana M. Moss, University of Pittsburgh