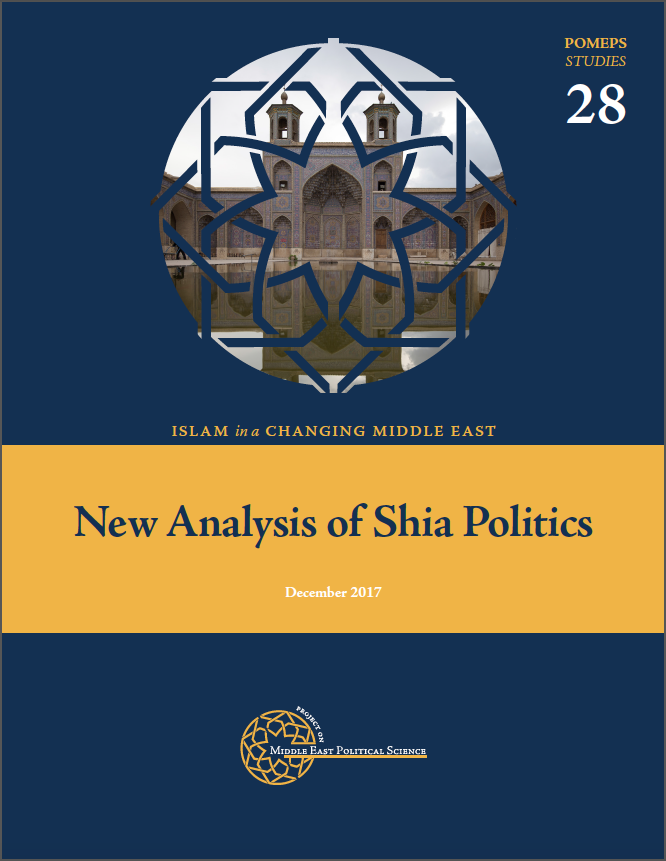 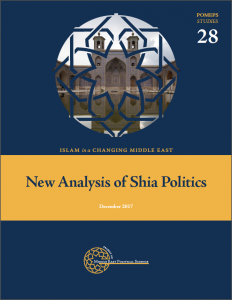 Therefore, on October 13, 2017, POMEPS convened an interdisciplinary workshop of scholars of Shi’a politics to discuss these questions and to probe the similarities and differences between the two academic communities. We are delighted to publish this collection of essays resulting from that workshop. The essays range widely, both thematically and geographically, and together offer a deeply informed and often surprising portrait of political changes across very different contexts. They also reveal the profound methodological and intellectual divides between the academic communities studying Sunni and Shi’a Islamism.

The Ayatollahs and the Republic: The religious establishment in Iran and its interaction with the Islamic Republic, Ali Kadivar, Brown University

The Najafi Marja‘iyya in the Age of Iran’s Vali-ye Faqih (Guardian Jurist): Can it Resist?, Elvire Corboz, Aarhus University

The Source of Legitimacy in the Guardianship of the Jurist: Historical Genealogy Political Implications, Farzan Sabet, The Graduate Institute, Geneva and Roozbeh Safshekan, University of Alberta

Becoming Hezbollahi: Religion and the Unintended Consequences of Propaganda in Post-2009 Iran, Shirin Saeidi, The European Centre for the Study of Extremism

Tilly goes to Baghdad: How the War with Daʿesh can create a Shiʿa State, Marsin Rahim Alshamary, Massachusetts Institute of Technology

Bringing the ‘Other Islamists’ back in: Sunni and Shia Islamism(s) in a sectarianized new Middle East, Morten Valbjørn, Aarhus University