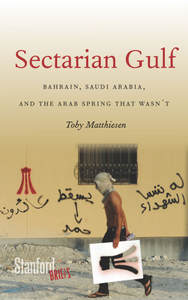 Matthiesen has been a frequent contributor to POMEPS and the Middle East Channel. His articles include “The Sectarian Gulf vs. The Arab Spring” (October 8, 2013), “Saudi Royal Family Politics and the Arab Spring” (January 14, 2013), “Saudi Arabia’s Shiite problem” (March 7, 2012), and “Battling over the legacy of Bahrain’s Pearl Roundabout” (February 13, 2012). On October 15, 2013 Matthiesen joined POMEPS for a Sectarian Gulf book launch.

For more on sectarianism and the Persian Gulf, download POMEPS Studies “Visions of Gulf Security” and “The Politics of Sectarianism.” — C.K.