*This memo was originally drafted as a part of the Adaptation Strategies of Islamist Parties and Movements  workshop held at George Washington University January 27, 2017. POMEPS Studies 26 is a collection of the memos from this workshop, available as an open-access PDF here.

Since the 2011 “Arab Spring” uprisings that destabilized political regimes across the Middle East, scholars of Islamist parties[1] have been watching closely, documenting significant variation in these groups’ experiences across different country contexts. In the six years since the uprisings, Islamist parties have faced a wide variety of challenges in transforming previously underground opposition organizations into fully functioning political parties. In some countries, Islamists have been charged with governing for the first time after winning majorities in elections. Islamists won electoral victories in the first post-authoritarian elections held in Egypt, Libya, and Tunisia, and fared well in electoral authoritarian systems like Morocco and Kuwait. Tunisia’s Ennahda and Morocco’s Justice and Development Party have been largely successful in navigating political power, both leading governments and acting as parliamentary opposition over the past six years. Both have moved towards separating their political parties from their religious movements in order to increase the professionalization of their political activity and to protect their da’wa (preaching or proselytizing) activities. In Jordan and Egypt, Islamists have increasingly faced repression by state entities since 2011. This was not in and of itself a new experience for these groups, but the repression has reached historic levels in scope and magnitude and has reshaped each organization beyond recognition.

To understand and explain the multiplicity of Islamist experiences, scholars must first answer two related questions with significant methodological implications – how can we best understand the scope and framing of our research on Islamists post-Arab Spring? And more specifically, what are the most relevant and fruitful comparison groups for analysis?

These comparisons are chosen for several reasons, all of which assume that a fundamental difference is created by the nature of religion, the nature of Islam, or the nature of authoritarianism in the Middle East, rendering these cases unique and these comparisons the most relevant and accurate. Though many scholars of Islamists do pose their inquiry as a general social science question of relevance to non-area experts, they then only present evidence from Islamist cases without drawing in relevant comparisons to make the case for generalizability. A more compelling analysis of Islamists would pose a more general question and answer it with comparative evidence, moving beyond the idea that religion, Islam, and the Middle East are politically unique. For example, Blaydes (2013) analyzes how women fare under Islamist rule by comparing female health outcomes in two Cairo neighborhoods matched on all attributes but Islamist governance. Masoud (2014) compares the electoral success of the Muslim Brotherhood and other secular opposition groups, arguing for a causal relationship through density of mobilization networks as the result of state-led economic development in Egypt. In two recent articles, Jamal, Masoud, and I compare the effects of priming Islamist versus secular justifications on support for women’s political empowerment and compare support for secular nationalist responses versus Islamist nationalist responses in response to primes of western hegemony. These comparisons suggest these types of discourses and responses are often in competition, and are comparable on certain important dimensions.

In understanding the current moment more generally and Islamist behavior in it more specifically, scholars would benefit from extending the range of movements and parties with which Islamists groups are compared and considered comparable. By creating broader research questions that move up the ladder of abstraction, this research can turn away from exceptionalism in favor of normalizing Islamism in the comparative politics literature.

Scholars would also benefit from comparing the “Arab Spring” to situations where similarly sudden transitions occurred, the former opposition was swiftly empowered, and these new/old leaders either failed or succeeded in moving countries towards democratic consolidation, then carefully analyzing what factors contributed to this variation. In my own dissertation, I expand a comparison of Egypt and Tunisia with a chapter on Soviet bloc cases and find more similarities than differences. Although the axis of competition differs, the same factors appear to matter for explaining polarization among elites during transition periods – namely, experiences of repression and the extent to which groups suffered together. Scholars might also analyze evolution in Islamist ideologies and behaviors in places such as Tunisia and Morocco in comparison with the evolution of other oppositional and revolutionary groups, such as those in Latin America. There are similarities with cases where former revolutionary and opposition movements had to contend with updating objectives and remobilizing constituents following the accomplishment of some of their goals including their main one – regime change. Similarly, framing questions about developments related to Islamists in the post-Arab Spring period as research about electoral volatility, internal party discipline, and the establishment of partisanship and representative political systems asks bigger questions that harken back to studies of transitions in post-war Europe. Obviously, the conditions are vastly different across these waves of transitions, but analyzing these moments in conversation with each other can expand our theories and findings to consider the effect of different social, economic, and temporal conditions on political processes.

Scholars would also benefit from posing questions about Islamists in more general language, drawn from political science concepts rather than religious ones, and phrasing them as questions about authoritarian regimes, their inner functioning, and their lasting political legacies. For cases like the region’s monarchies and other Arab countries that did not witness meaningful regime change following the 2011 uprisings, scholars might frame the study of Islamist behavior as a question of how opposition, regardless of ideology, takes advantage of moments of liberalization, or responds to the constriction of political liberties. Alternatively, scholars might analyze how the structure of opposition in certain types of non-democracies – such as monarchies – allows regimes to remain in power during moments of destabilization and prevents the opposition from effectively mobilizing or producing change. In analyzing recent developments related to and within the Muslim Brotherhood, scholars might ask how opposition groups in authoritarian regimes behave and adapt under instances of severe state repression, and with the passage of time think start to theorize and analyze the long-term impact of these experiences on ideology, behavior, and strategy.

Making different comparisons and asking broader questions is an important way in which political scientists of the region can have the biggest intellectual impact, and allows area experts to contribute their in-depth knowledge of the specific of cases in service of expanding or challenging broader theories and assumptions. But more than that, getting the comparison and the question “right” is central to an empiricist epistemology.

Scientifically, how we conceptualize and compare Islamist groups matters for what conclusions we draw. For example, say scholars were to follow some alarmist regional and international media characterizations of recent developments as the “failure of Islamism,” either the ideology or the types of structures it produces. This is a fundamentally different conclusion – with different lessons and different solutions – than if the research puzzle were investigated as a comparative question on the effects of dismantling authoritarian political and economic structures that have existed for at least a half century, or an investigation of the evolving behavior of opposition groups during democratic transitions, taking into account previous political experience.

Finally, and perhaps most importantly, comparing Islamist movements to secular and other types of parties and movements intellectually normalizes Islamist politics in a broader sense. Too often when I present my work to my peers, I receive variation on the question, “Aren’t politics based on notions of Islam different, because Islam itself is different?” The questions come from some of the smartest people in the discipline and reflect a widely-held assumption that Islamist politics are not only different from secular movements and preferences, but somehow different from movements and preferences based on other religious traditions. If there is a difference, we need to determine that empirically, and to investigate the nature and extent of that difference. And we can only do that by comparing Islamism with other types of secular and different religious political groups and preferences. If these comparisons can contribute to a normalization of Islamist politics, it will be a major contribution not only to comparative political research but also to broader public discourse around religion and politics, as we disseminate our work beyond academic circles.

Elizabeth R. Nugent is a PhD Candidate in the politics department of Princeton University.

[1] A standard word of definitional clarification: As Schwedler (2013) notes, the term “Islamist” can encompass a range of political actors united only in their commitment to the application of Islamic teachings, in some form, to achieve social, political, and economic reform and which may not be similar in the form of political engagement through which they advocate this approach. Here, I use this term to refer to actors who are committed to the application of Islamic teachings and whose engagement takes the form of non-violent political contestation, including elections if/when available. I am explicitly not speaking about extrapolitical jihadi groups, or apolitical quietest movements. 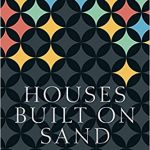 Houses Built on Sand: A Conversation with Simon Mabon 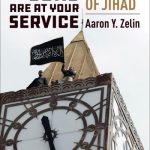 Tunisia’s Missionaries of Jihad: A Conversation with Aaron Zelin