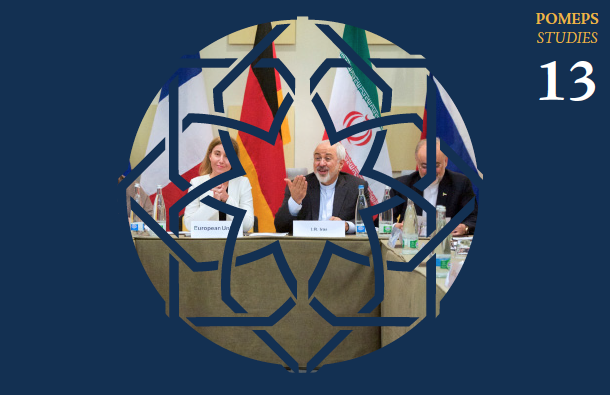 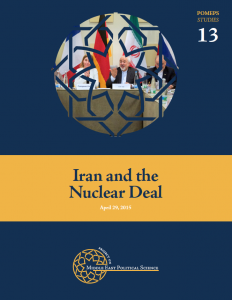 Iran and the Nuclear Deal

The April 2 announcement in Lausanne of a framework for an agreement on the Iranian nuclear program has raised profound hopes and fears for the future of the Middle East. There are few developments with greater potential for fundamentally altering the political dynamics of the region – a prospect that fills skeptics with as much dread as it fuels optimism among supporters. To explore the many ramifications of the potential deal, the Project on Middle East Political Science convened a virtual symposium for the Monkey Cage. These essays have now been collected into an edition of the POMEPS Studies series, available for free download.

The American public debate about the deal over the last month has primarily focused upon U.S. policy options and the details of the proposed agreement. The essays in this collection delve into such issues in depth: Michael Brown and Chantal de Jonge Oudraat explain why no better deal is on the table; Joshua Rovner explains why it matters that U.S. intelligence got Iran’s nuclear program right; Nick Miller and Or Rabinowitz show how the deal is in line with traditional U.S. nonproliferation policy; Steven Kull and Shibley Telhami investigate American public opinion toward a deal; Thomas Doyle explores the symbolic dimensions of the negotiations; and Austin Long argues that the deal limits Iranian options and will test Iran’s intentions in ways that even hawks should appreciate.

Iran’s domestic politics have generally received less attention. The essays collected here offer an exceptionally nuanced profile of the issues and actors in play in the Iranian political system. The sheer extent and nature of the domestic debate over the deal is notable in its own right, as Mohammad Ayatollahi Tabaar explains in detail. Iranian debates have not broken down along traditional lines of moderates and hard-liners, as Shervin Malakzadeh carefully observes, but rather reflect a more fluid and fragmented factional array. Mohammad Ali Kadivar and Ali Honari trace the willingness of Iranian President Hassan Rouhani to negotiate to the legacies of the grass-roots movements that followed the contentious 2009 presidential election. As Farzan Sabet observes, Iran’s conservatives are divided internally and struggling to find the right tone amidst the new realities. Iran’s parliament, facing competitive elections, carefully tracks with the trends in public opinion. Iran’s nuclear scientists themselves represent a potentially important constituency, especially if the deal is ultimately operationalized. Meanwhile, Supreme Leader Ali Khamenei seeks to hedge bets and keep a delicate balance among the factions, with an eye towards sanctions relief – which itself, as Kevan Harris argues, would intersect in complex ways with the Iranian political economy that sanctions have molded.

Finally, the prospect of a nuclear deal has emerged at a time of rising sectarianism, profound uncertainty and political instability in the Arab states of the Gulf. Dina Esfandiary and Ariane Tabatabai explain why the deal is unlikely to trigger the feared cascade of nuclear proliferation. At least in the short term, however, it has already fueled rampaging sectarianism, with pernicious effects which Frederic Wehrey analyzes regionally, Jeff Colgan traces in the Saudi-led military campaign in Yemen and can be seen domestically in Kuwait and Saudi Arabia. Arab states are attempting to formulate a common front in the face of these challenges, but their efforts seem unlikely to bridge the deep regional divides.

The nuclear framework has not yet been finalized into an agreement, of course. The intense political opposition to the deal in the United States, Israel, many Arab regimes and parts of the Iranian regime may ultimately prevent it from being ratified or implemented. Deeply entrenched interests, narratives and identities are threatened by the prospect of a shifting relationship between the United States and Iran, and there is a nearly infinite list of possible spoilers that could derail progress. The essays collected in “Iran and the Nuclear Deal” offer a deep, empirically rich and analytically astute examination that should help to inform scholars, journalists, policymakers and the public about this historic opportunity.