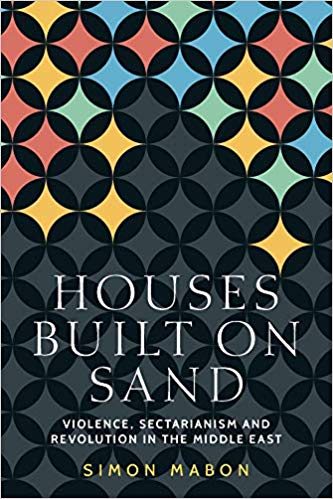 Simon Mabon speaks about his new book, Houses Built on Sand: Violence, Sectarianism and Revolution in the Middle East, with Marc Lynch on this week’s podcast.

“I was trying to understand one way the Arab uprisings played out— in particular, the ways across the region,” said Mabon. “What I’ve done instead is to look at how the relationship between ‘rulers and ruled’ has evolved across the region across the 20th and 21st centuries. And those particular relationships have created conditions that sometimes allowed for the possibility of dissent and political protest, while at other times prohibited it from taking place, as a consequence of the types of structures, forces and against coercive capacities of particular regimes— which meant that people can take to the streets or not.”

Mabon is Senior Lecturer in International Relations and Director of the Richardson Institute at Lancaster University in the United Kingdom.