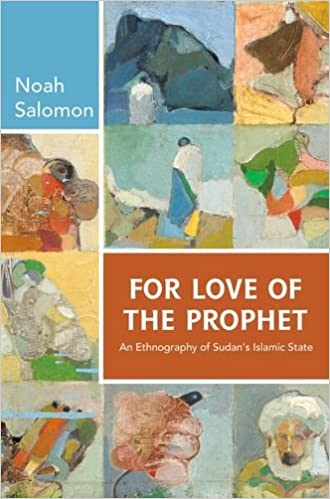 Noah Salomon talks about his latest book, For Love of the Prophet: An Ethnography of Sudan’s Islamic State, with Marc Lynch on this week’s podcast. The book examines the lasting effects of state Islamization on Sudanese society through a study of the individuals and organizations working in its midst. 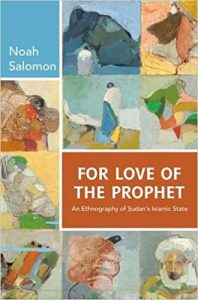 “So the book really set out to explain something that I felt hadn’t been touched on in the literature on Islamic politics and that was to look at the Islamic State project from the question of its sustenance, how is it sustained particularly over a period of almost 30 years as it was in the Sudanese case. We’ve seen a lot of work on the sort of theoretical possibilities of the Islamic State or the impossibilities of the Islamic State but very little on how it becomes a subject of daily life…What I was puzzled by and curious by is how this political project, particularly if it was characterized as not just a failed state but a weak state, had persisted over this period for so long and despite its many failures,” said Salomon.

He argues, “I think it would be a mistake for us to equate the revolution with opposition to Islam and politics writ large. Certainly the revolution was opposed to Omar al-Bashir, his regime, the political party that he represented, and their particular vision. But what I am trying to argue is that Islamic politics is much broader than that and became much broader than that.”

Noah Salomon is Associate Professor of Religion at Carleton College. A recent recipient of a Mellon New Directions Fellowship, he is currently based out of Beirut working on a transregional project on Islamic unity and its discontents in the context of popular revolution and in its aftermath. His books have won the 2017 Albert Hourani Prize from the Middle East Studies Association as well as the 2017 Award for Excellence in the Study of Religion in Analytical-Descriptive Studies from the American Academy of Religion.

POMEPS Middle East Politics Podcast · For Love of the Prophet: A Conversation with Noah Saloman