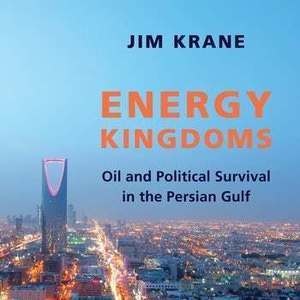 How did the Persian Gulf states’ energy use and policies change with the discovery of oil? That is what Jim Krane tackles in his latest book, Energy Kingdoms: Oil and Political Survival in the Persian Gulf, which he discusses on this week’s podcast with Marc Lynch.

Energy Kingdom traces the history of the Gulf states’ energy use and policies, looking in particular at how energy subsidies have distorted demand.

“Nobody ever lifted the hood on their own economies domestically in the Gulf— and looked at just how much energy they use domestically,” said Krane. “Energy has been cheap in the Gulf since day one— I really kind of peg the the low prices back to the 1973 oil embargo… But the average household in the UAE used between four and five times  as much electricity as a household in Arizona, where you also have a very hot climate and energy intensive lifestyles.” 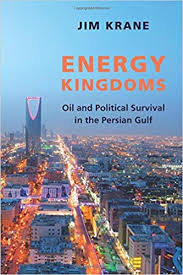 “It was amazing to me that even Arizona pales in comparison with energy demand and in a place like the UAE— and the UAE isn’t even the highest. Kuwait is just off the charts for the amount of amount of energy that that’s used.” said Krane. “And one of the reasons for that is because it’s just so incredibly cheap” due to government subsidies.

“Not only were rising energy demand a threat to the economy, but it’s a threat to the ruling sheikhs that govern these these countries. And if they couldn’t get it under control, at some point they’re going to have change the way of the type of governance that they had in that region,” said Krane.

Krane is the Wallace S. Wilson Fellow for Energy Studies at Rice University’s Baker Institute for Public Policy. He holds a Ph.D. from Cambridge University and is the author of City of Gold: Dubai and the Dream of Capitalism (2009). A former journalist, he was a correspondent for the Associated Press and has written for publications including the Washington Post, the Wall Street Journal, and Financial Times.