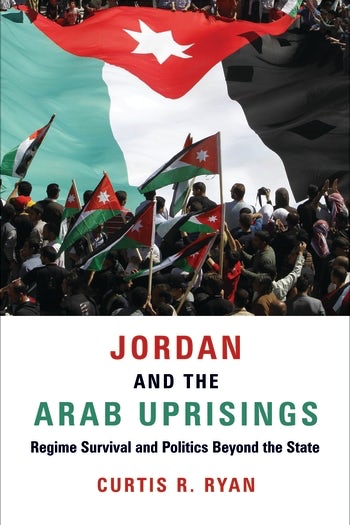 Curtis Ryan discusses his new book, Jordan and the Arab Uprisings: Regime Survival and Politics Beyond the State, on this week’s POMEPS Conversations. This book explains how Jordan weathered the turmoil of the Arab Spring. Crossing divides between state and society, government and opposition, Dr. Ryan analyzes key features of Jordanian politics, including Islamist and leftist opposition parties, youth movements, and other forms of activism, as well as struggles over elections, reform, and identity.

Curtis Ryan is a professor of political science at Appalachian State University in North Carolina. He is the author of Jordan in Transition: From Hussein to Abdullah (2002) and Inter-Arab Alliances: Regime Security and Jordanian Foreign Policy (2009).