In 2015, 1.1 million people sought asylum in Germany, nearly 40 percent of them Syrian. The mood of this deluge, while sometimes chaotic, was overwhelmingly upbeat. For Syrians fleeing death or despair, Germany represented a haven in which to build new lives with freedom and dignity. For many Germans, an open-door policy was an ethical humanitarian stance in which to take pride.

By 2016, much of this optimism had given way to deep anxiety. German society articulated a host of worries, ranging from terrorism to crime, growing polarization in society, and new doubt in government institutions. Many citizens also spoke of fears related to culture.[1] During my field research in Berlin from June-September 2016, for example, I often heard such questions as, “Will refugees’ foreign habits overwhelm and transform German society? Will they accept values such as gender equality and gay rights? Is Islam compatible with democracy?”

Curiously, I never heard Syrian asylum seekers mention such concerns. Perhaps this will come later. During the initial stage of their residence in Europe, however, refugees appeared consumed with the most basic “nuts and bolts” of survival. Facing this challenge, the single most significant challenge was not with Germany’s Western, Christian-majority culture, but the overwhelming presence of its state bureaucracy.

Governmental responsibility for asylum seekers in Germany is dispersed vertically across the federal state, 16 regional states, and municipalities, as well as horizontally across various government departments and civil society organizations.[2] This web of institutions, as well as the maze of laws and policies that they enforce, defines asylum seekers’ first years in Germany. It also leaves many refugees feeling that they dedicate the bulk of their time and mental space to waiting for appointments and completing paperwork. Indeed, the maze of red tape can be so baffling that a team of young Syrians developed an app, dubbed “Bureaucrazy,” to navigate it.[3]

Syrian asylum seekers’ interface with this bureaucracy comes to the fore in three realms of essential and everyday concerns during their initial residence in Germany: legal status, housing, and work.

The German Basic law guarantees the right to political asylum. To obtain it, asylum seekers must jump through a series of bureaucratic hoops. With the inundation of refugees in 2015, even getting the process started became a challenge. In Berlin, for example, hundreds of refugees waited outside for days outside the State Office for Health and Social Affairs (then nicknamed the LaGeSo and now renamed the State Office of Asylum Affairs, or LAF), before they could submit their asylum applications. A Syrian who came with that wave recalled:

Every day I would go to the LaGeSo and wait from seven o’clock to four o’clock. They did not assign people numbers, so people would sleep outside overnight to hold their spot in line. It took me forty days even to enter the building. I got a number, and then it took another thirty days for my number to show up on the screen. There was no organization. You have number 80 and I have number 90, but number 100 might get called before us. Every day I had to show up, just to see if my number was called.[4]

Upon applying for asylum, applicants receive a temporary residency identity card while the Federal Office of Migration and Refugees (BAMF) evaluates their application. In 2016, Syrians waited an average of 10-12 months from arrival in Germany to receipt of their asylum decision.[5] Of 295,040 decisions on Syrian asylum applications in 2016, the state granted 56 percent refugee status, which offered a three-year residence permit with rights to apply for family reunification. It granted 41 percent of Syrian applicants subsidiary protection, which entailed a one-year residence permit extendable for two years and no eligibility for family reunification during a two-year transitional period.[6]

Tellingly, some Syrians satirically refer to BAMF as al-mahkamah, or “the Court.” This naming suggests how BAMF’s letters calling applicants for their asylum interviews feel like a summons and its judgments have the weight of verdicts determining one’s fate. Syrians I met expressed tremendous anxiety as they waited for these life-changing decisions. This was especially the case for those who had come to Europe without their spouses or children. Stories circulated of Syrians who made it to Germany only to return to Turkey or even Syria when they realized that they would not be able to bring their families to join them. These concerns, not those related to culture or religion, were typically at the forefront for asylum seekers’ preoccupations during their first year in Germany.

Germany’s 2007 Asylum Procedure Act specifies that asylum seekers be transferred to the nearest reception center in accord with a quota system distributing them across federal states. Asylum seekers must live in their initial reception center or living facility for their first three months.[7]

In the wake of the 2015 influx, German states and municipalities improvised hundreds of new temporary living facilities, making refugee shelters out of sports halls, municipality buildings, and even the hangers of the defunct Tempelhof airport. In these accommodations, refugees of all nationalities and ages typically ate prepared meals at set times, shared bathrooms, and coped with the sounds and smells expected when hundreds of people live together. Sometimes offices were transformed into bedrooms for two or more roommates, and sometimes people had no privacy beyond the cubicles that partitioned large open spaces into separate sleeping quarters.

While different regional states and municipalities have had different levels of success in relocating refugees, hundreds of thousands continue to live in temporary shelters. Berlin is now addressing this crisis with plans to erect clusters of shed-like container homes and modular residential buildings around the city.[8] Meanwhile, refugees compete with locals both for affordable social housing and commercial rentals. Competition is particularly stiff in Berlin and other major cities, which appeal to newcomers due to their dynamic labor markets and existing immigrant milieus, but whose housing markets are already squeezed by large numbers of young Germans moving there from provincial areas.[9]

When searching for an apartment, refugees must navigate language barriers and master complex rental rules. As specified by law, they must pull together a considerable amount of paperwork to submit a rental application. If they then manage to obtain a rental agreement, they must submit it to the appropriate social services office for approval.[10] A Syrian living in an emergency shelter for nearly one year explained that this could represent not the end of the process as much as the beginning of a new one:

If a miracle happens and you’re able to find a room in a shared apartment, then you go to the Immigration Office to submit the paperwork. They’ll tell you to come back in two weeks. And then if a second miracle happens and the landlord agrees to wait for you, then you go back to the Immigration Office, and they study your application for another month. And then if God really loves you, you’ll get approved. So the whole process takes one and a half to two months. But the problem is that no apartment is going to wait that long for you. There is a long list of other people who also want that room.[11]

Housing— which literally and figuratively structures the most intimate dimensions of life— remains an overwhelming preoccupation for many refugees and the paramount obstacle to their acquiring a sense of normalcy. It is also another nexus of refugees’ interface with the state and one that confirms the centrality of the governmental bureaucracy, not cultural matters, in refugees’ everyday consternations.

Under the principle “support and challenge,” Germany’s May 2016 Integration Act pledged to give refugees’ greater and earlier access to integration courses and job and training opportunities, while reducing the benefits of those “who do not meet their duties to cooperate.”[12]

As of November 2016, some 406,000 refugees were registered at state agencies as searching for employment. To expedite engagement in “meaningful work,” the 2016 integration legislation pledged to create 100,000 new “one-euro jobs,” for which asylum seekers are paid an 80 cents-per-hour supplement to do such tasks as laundry, cleaning, or food distribution in refugee shelters. Though they risked losing benefits should they refuse to participate, only 4,300 refugees had started one-euro jobs by December 2016.[13]

Meanwhile, many asylum seekers complain about the ways in which bureaucracy stand in the way of employment. One Iranian refugee described being caught in an “endless spiral” in which government agencies told her than an employer was needed to obtain formal permission to work, while employers insisted that they could not hire her without formal permission.[14] A young Syrian told me of similar troubles:

I got an internship at a telecommunications company. I was there three months and I learned so much. They really liked me and they offered me a job. But I can’t work until I get my residency permit, and I’m still waiting for it. A sister company also offered me a job. They said I could do another internship from September until December. They’re willing to pay me, but the law allows you to have only one paid internship, and I already had one.[15]

At a time when the United States is closing its doors to refugees (after accepting only 18,007 Syrian refugees from October 2011 through the end of 2016), Germany’s welcoming of people fleeing Syria is extraordinary. Though Angela Merkel’s government has retreated from its open door policy since 2015, it also committed billions of dollars to refugee welfare, hired and trained more than 10,000 new employees and German language teachers, transformed countless public spaces into living accommodations, and devoted incalculable ingenuity to the task of transforming the refugee crisis into a success story.

Still, the same state that has made asylum and integration possible occasionally leaves refugees bewildered or even dismayed. In my conversations with Syrians who have resettled in Germany since 2015, the bureaucracy surrounding and shaping their key life challenges— namely the uncertainty and wait for legal status, the complicated move from temporary shelters to homes of their own, and the struggle around barriers to work— has emerged as one of their most significant sources of anxiety. That these issues rise to the fore for displaced Syrians, while cultural questions hardly grab their attention, does not mean that cultural differences do not matter. Still, Germans might be surprised to the extent that the cultural concerns that feature prominently in their own anxieties appear far less important to refugees. This disconnect highlights both the need for greater communication between locals and newcomers and the tremendous opportunity that exists for meaningful mutual understanding. The greatest sources of worry among Syrians in Germany have little to do with conservative dress, gender norms, or religious traditions, and much to do with a yearning for personal stability and independence. Germans can take heart that, in this, Syrian refugees’ core values are quite compatible with German values, after all.

Wendy Pearlman is an Associate Professor of Political Science at Northwestern University. Her book, We Crossed a Bridge and it Trembled: Voices from Syria, will be published by HarperCollins in June 2017.

[4] Wendy Pearlman, We Crossed A Bridge and It Trembled: Voices from Syria (New York: HarperCollins, 2017). 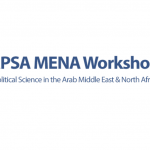