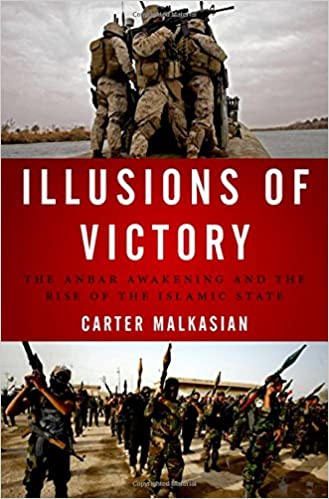 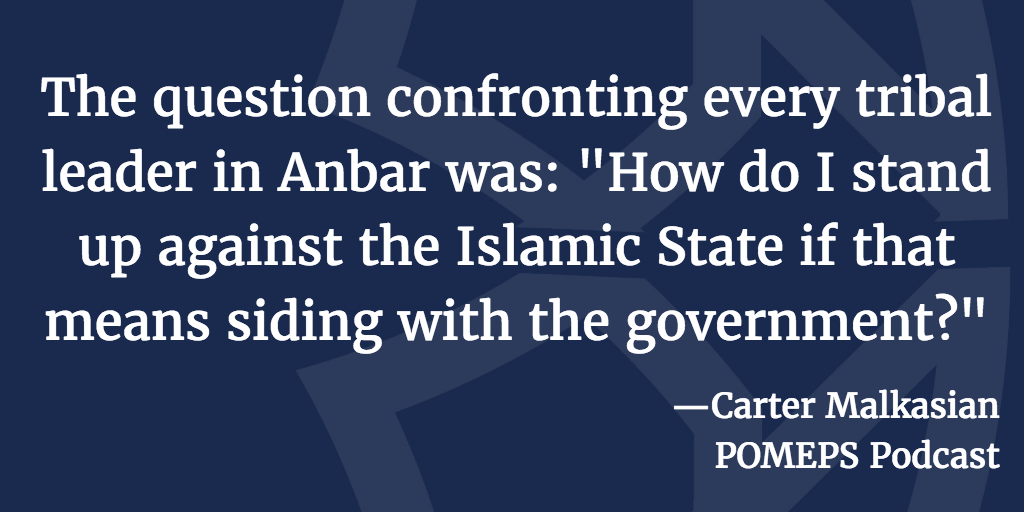 Marc Lynch speaks with Carter Malkasian about the recent history of conflict in Iraq and how it it laid the foundation for the Islamic State to flourish. His new book is Illusions of Victory: The Anbar Awakening and the Rise of the Islamic State. Malkasian leads the Stability and Development Program at the Center for Naval Analyses (CNA) at the U.S. Army War College. He spent over five years working as a civilian with the State Department and U.S. military in Iraq and Afghanistan.

“The question confronting every tribal leader in Anbar was: ‘How do I stand up against the Islamic State if that means siding with the government— and siding against Islam?'”

Malkasian also speaks about the way the military action has changed— and what lessons we should take from Iraq. “I think if you talk to generals in the military today, you would get a much greater degree of skepticism about what one can attain. There is more worry about, ‘If we’re doing here is going to last? Can there be success?’ I think you have much more skepticism of, ‘You can have complete victory.'”

“I think this should give us pause for thinking about future interventions. So we’re going into an intervention. We should be thinking, ‘Well, if we’re going to be putting troops there, we’re going to have something there for a long time.’ That means the cost— even if it’s small— every year, over time we’re really talking about a decade or more here that cost is going to go up. And when you see that that should make us question if we should do it in the first place that should make us question if whatever is at stake in this conflict whatever attack we think is going to occur and the United States that we should make a careful judgment is is it really that bad to warrant this kind of commitment or a very long commitment. Can’t we manage this? Can’t we be resilient?”

“We should not assume we will achieve victory in those cases, where we think the threat is big enough we need to do something about it. We should be looking to strategies that are thrifty that can be employed over a long time— versus something that’s been fairly expensive.”