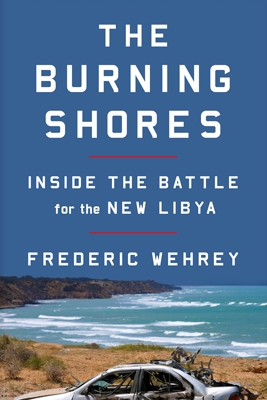 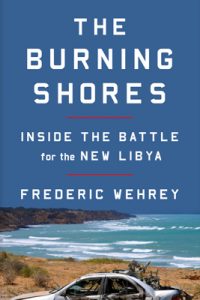 k’s podcast, Frederic Wehrey talks about his new book, The Burning Shores: Inside the Battle for the New Libya, (Farrar, Straus and Giroux, 2018) on the aftermath of the 2011 revolution in Libya. Wehrey interviews the key actors in Libya and paints vivid portraits of lives upended by a country in turmoil: the once-hopeful activists murdered or exiled, revolutionaries transformed into militia bosses or jihadist recruits, an aging general who promises salvation from the chaos in exchange for a return to the old authoritarianism.

“Who owns the post conflict recovery? Because the mantra in U.S. was that Libyans are owning this. Well Libyans weren’t equipped to own this because of Qaddafi’s rule. Or perhaps less regional interference you know could have forestalled a collapse,” says Wehrey. “But there again there’s the question of U.S. power. How much authority do we have over these allies that are acting in contravention of our interests?”

Frederic Wehrey is a senior fellow in the Middle East Program at the Carnegie Endowment for International Peace. He specializes in post-conflict transitions, armed groups, and identity politics, with a focus on Libya, North Africa, and the Gulf.

“The U.N. is wrestling with the question of how do you do the post conflict reconstruction when you don’t have a stabilization force on the ground [in Libya]. That was a missing component that should have been part of the mix.  So it’s this question where you don’t want a complete Iraq type scenario- where you have this occupation and militarization and heavy handed- but then the over-learning that lesson where you’ve got this complete vacuum is going too far in the other direction.”