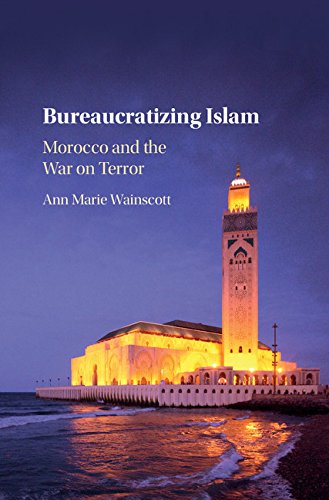 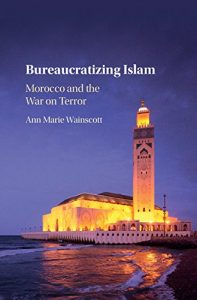 On this week’s podcast, Ann Wainscott talks about her new book, Bureaucratizing Islam: Morocco and the War on Terror (Cambridge University Press, 2017) on how states in the Middle East and North Africa have responded to the War on Terror by investigating Morocco’s unique approach to counter-terrorism: the bureaucratization of religion.

“What’s really interesting about the Moroccan case is that that it learns, and so you can see these real shifts in its policy,” says Wainscott. “Original response to the Casablanca bombings of 2003, that’s Morocco’s first massive terrorist attack, was standard Middle Eastern authoritarian. But then within a year they have realized the need for a more sophisticated approach. So in 2004, the following year, they initiated what they called a reform to the religious field.”

Wainscott is an assistant professor of political science at Miami University in Ohio where she teaches Middle East politics. She is currently on leave to serve as the American Academy of Religion senior fellow at the United States Institute Institute of Peace (USIP). Prior to teaching at Miami, she taught at Saint Louis University for four years. She has conducted fieldwork in Morocco, Senegal, Ghana, and Mali. She earned a PhD from the University of Florida in 2013.

“I see this movement away from a very rigid religious policy and towards an effort to absorb other ideologies that the Moroccan state sees as threatening and then to find a way to position the Moroccan monarchy as in some way superior.”