Why have feminist movements been unsuccessful in achieving gender equality and women’s rights in Israel? One important but overlooked variable is the ongoing national struggle. Feminist demands for equality, especially in personal status issues like marriage and divorce, have remained secondary to the continued conflict between Israel and its neighbors. This is the argument made by Ruth Halperin-Kaddari and Yaacov Yadgar in “Between Universal Feminism and Particular Nationalism: politics, religion and gender (in)equality in Israel”, published in the September 2010 issue of Third World Quarterly. The authors find five ways in which the nationalist struggle has stunted the growth of Israel’s feminist movement. First, the 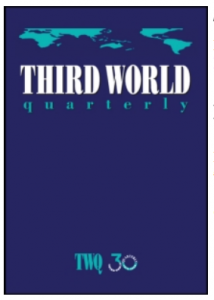 conflict has shaped feminine identity, making women the ‘bearers of the collective’. Second, peace activism has overshadowed much of the feminist agenda. Most female activism has centered on left-leaning peace groups throughout the last three decades, delegitimizing the feminist movement in the eyes of the wider Jewish community. Third, the conflict has led to the cultural and material militarization of Israeli society, siphoning resources away from pressing social issues and into security. Fourth, the national struggle has precluded cooperation between Palestinian Israeli and Jewish Israeli feminist organizers, limiting the overall effectiveness of the movement. Finally, emphasis on the conflict at the societal level has encouraged the preservation of the 1953 Rabbinical Courts Jurisdiction on marriage and divorce law, which ensures that “the marriage and divorce of Jews shall only be conducted according to Jewish law [and] precludes any possibility of intermarriage in Israel.”

Download “Between Universal Feminism and Particular Nationalism: politics, religion and gender (in)equality in Israel” from Third World Quarterly if your university has access here or email info@pomeps.org for assistance.