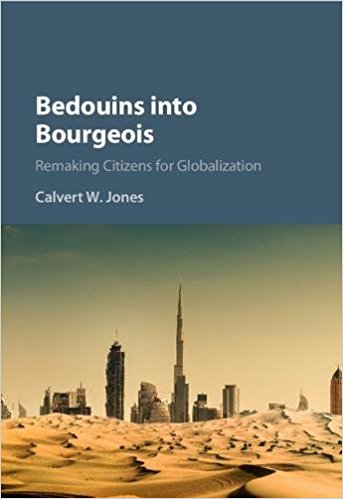 “In the UAE, the leaders clearly don’t want democratic citizens. And neither do leaders in Singapore, or leaders in China, or leaders in a lot of countries today,” says Jones. “They don’t want citizens making these democratic demands, but they do want citizens who are going to be contributing economically, and sometimes they want  liberal citizens who are more open minded, more tolerant, more socially or  have a higher civic consciousness. But they just don’t want those kinds of political demands. And so that is a tricky, tricky challenge that they’re dealing with in the UAE.”

Calvert W. Jones is an Assistant Professor at the University of Maryland, College Park in the Department of Government & Politics. Her current research examines new approaches to citizen-building in the Middle East, with an emphasis on goals, mechanisms, and outcomes in state-led social engineering efforts.