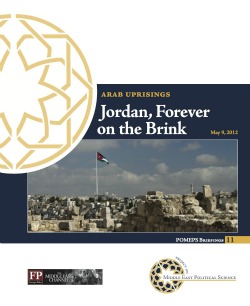 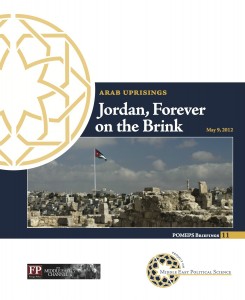 Jordan, Forever on the Brink

The sudden, unprecedented resignation by Jordan’s Prime Minister Awn Khasawnah last week threw a sudden spotlight on the ongoing shortcomings of political reform in the Hashemite Kingdom of Jordan. The deficient new election law rolled out last month, like every step the king has taken over the last year and a half, did too little, too late to respond to the concerns of Jordanian citizens. Limited reforms have done little to stem a rising tide of protest across the towns of the south, a deeply struggling economy, loud complaints of corruption, and an intensifying edge of political anger. Add in the potential impact of the ongoing crisis in Syria or of a new escalation in the West Bank, and concerns for Jordan’s political future seem merited.

Veteran observers of the region can be excused for rolling their eyes ever so slightly at reports of instability in Jordan, of course. The kingdom has seemed on the political brink virtually constantly for many decades, its stability always questioned and the monarchy’s command doubted (often, admittedly, by me). And yet the Hashemite monarchy has survived. Warnings about political crisis in Jordan therefore sound just enough like boys crying wolf or Chicken Littles shouting about falling skies. That long history of frustrated protest and successfully navigated challenges should caution anyone predicting a real explosion. But it would be equally wrong to dismiss the signs of a rapidly escalating political crisis to which the palace seems unable or unwilling to respond.

This post previews a new POMEPS Briefing, “Jordan, Forever on the Brink,” which collects 20 articles from the last three years explaining the nature of the kingdom’s political crisis, the shortcomings of its attempted reforms, and the current political state of play.