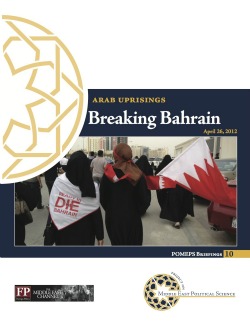 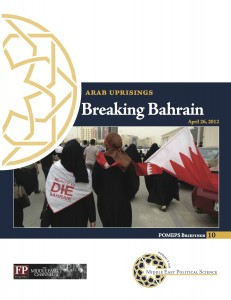 The decision to hold a Formula One race on Bahrain focused international attention on the embattled country. More than one year after a Saudi-backed crackdown cleared away a massive popular protest movement, Bahrain’s politics are locked in a grim stalemate. The release of a searing report by the Bahrain Independent Commission of Inquiry, chaired by Cherif Bassiouni, established beyond reasonable doubt the wide array of violations of human rights committed by the regime. Little has been done in practice to hold those responsible accountable, or to begin serious political reforms which might bridge the widening political and social divides in the kingdom. This POMEPS Briefing surveys Bahrain’s political stalemate, how it got to this point, and what the future might hold.