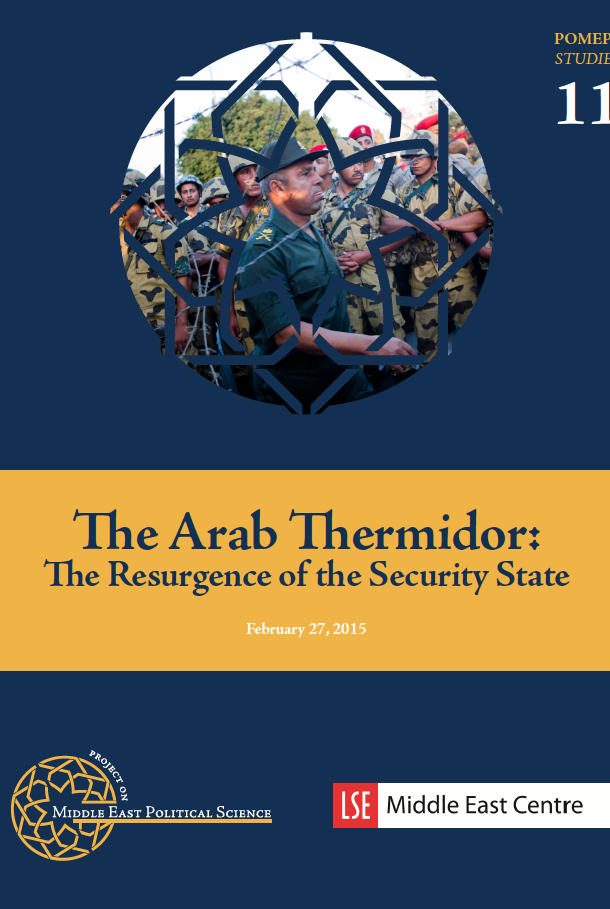 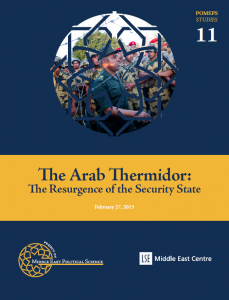 The Arab Thermidor: The Resurgence of the Security State

It is sometimes hard to remember that the Arab uprisings of 2010-11 promised the possibility of meaningful political change. The unprecedented outburst of popular mobilization overthrew some regimes and unsettled most of the others. Those hopes have long since come crashing down. Egypt’s transition ended in a military coup, bloody repression, and a neo-authoritarianism legitimated through xenophobic populism. Tunisia’s survived, barely. Libya, Yemen, and Syria have suffered near-complete political collapse, polarization, and civil war. Almost every regime has become more intolerant and more repressive. Violent, extremist Islamist movements such as the Islamic State group have surged in this chaotic atmosphere.

How should we understand the authoritarian resurgence in the aftermath of the Arab uprisings? In October 2014, Toby Dodge and I jointly convened a POMEPS-London School of Economics workshop to dig more deeply into the causes, mechanisms, and drivers of what he called “The Arab Thermidor.” More than a dozen scholars looked deeply at specific sectors such as the military, police and intelligence services, different countries, and the broader regional environment. Some of the papers produced for that workshop have been published on the Monkey Cage, and all of them have today been released as POMEPS Studies 11 The Arab Thermidor: The Resurgence of the Security State, available as a free downloadable PDF. The papers in this collection offer a sharp, comprehensive, and acute look at the resurgence and persistence of the Arab authoritarian state. Continue reading on the Monkey Cage.