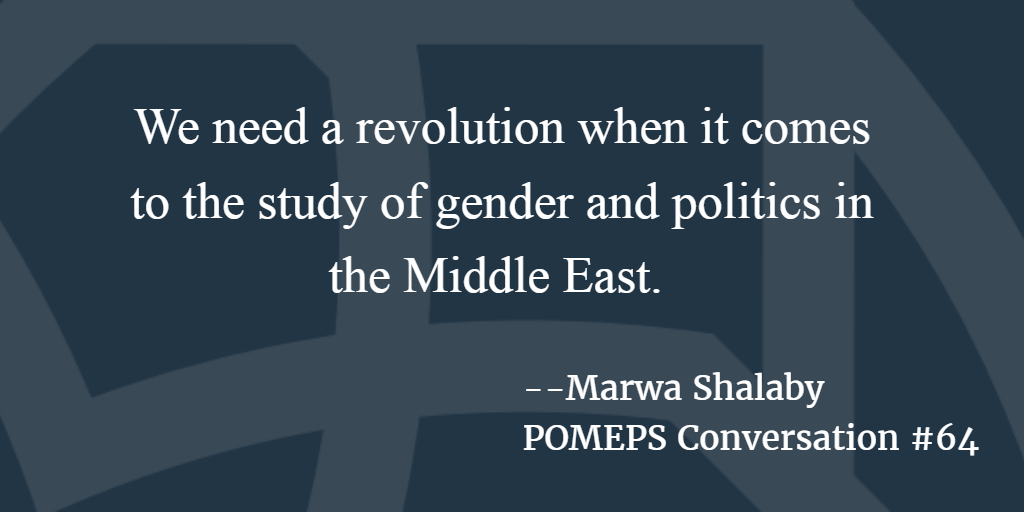 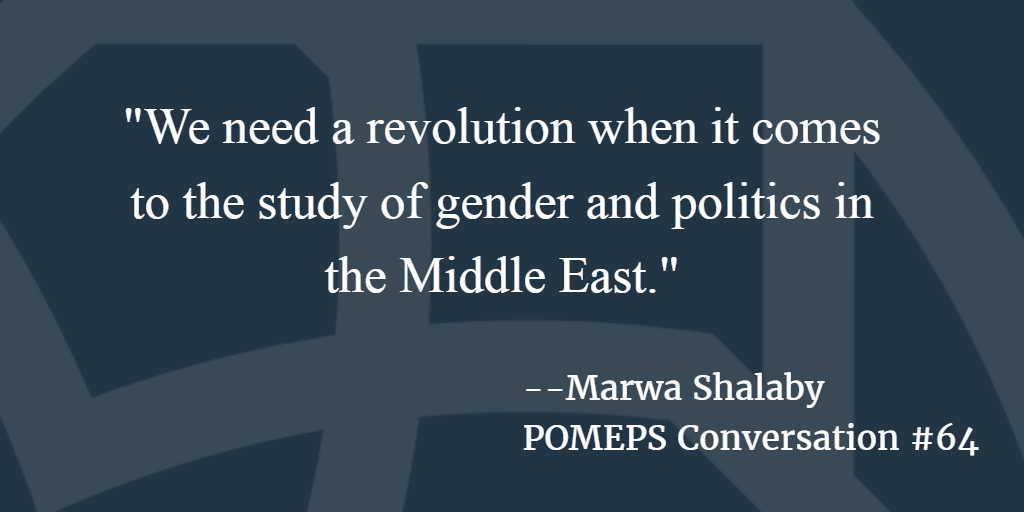 On this week’s podcast, Marc Lynch speaks with Marwa Shalaby of Rice University about the status of women in politics in the Middle East. Shalaby was a participant in POMEPS’s panel, “Women in the Middle East Political Sphere after the Uprisings” on March 10, 2016.

Marwa Shalaby is a Fellow for the Middle East and Director of the Women’s Rights in the Middle East Program at Rice University’s Baker Institute for Public Policy. Her research focuses on the field of comparative politics and research methodology, with a concentration on Middle Eastern politics, gender politics and democratization.

“Women’s Political Representation and Authoritarianism in the Arab World” POMEPS (2016).