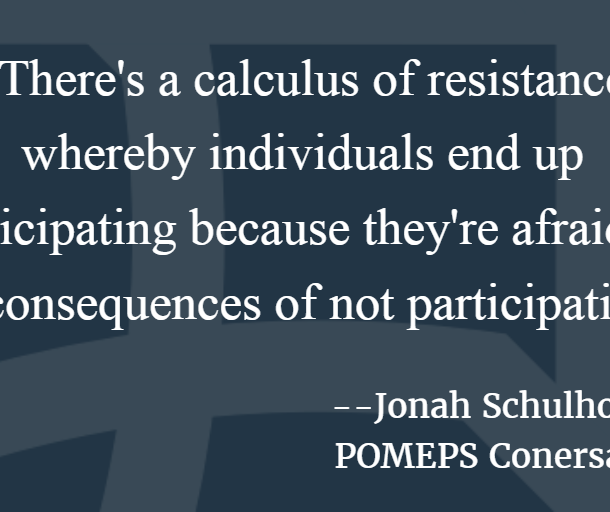 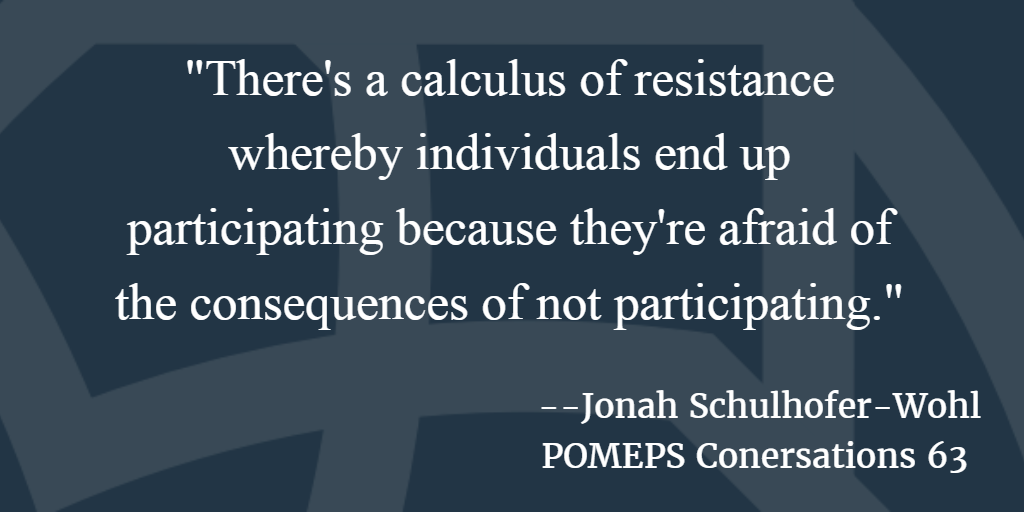 On this week’s POMEPS Conversation, Jonah Schulhofer-Wohl speaks with Marc Lynch about his continued research on the war in Syria.

Schulhofer-Wohl is 2015-2016 research fellow in the International Security Program and the Middle East Initiative at the Belfer Center for Science and International Affairs, John F. Kennedy School of Government, Harvard University and an assistant professor of politics at the University of Virginia. His research focuses on the conduct of civil wars, the effect of external assistance on the dynamics of conflict, and politics, development, and economic growth in the Middle East.