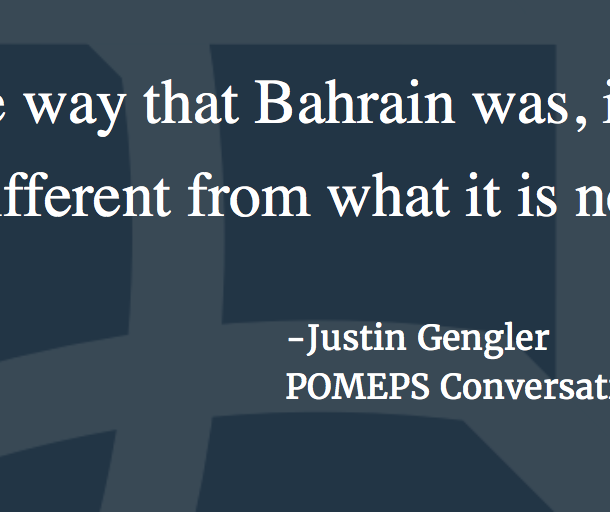 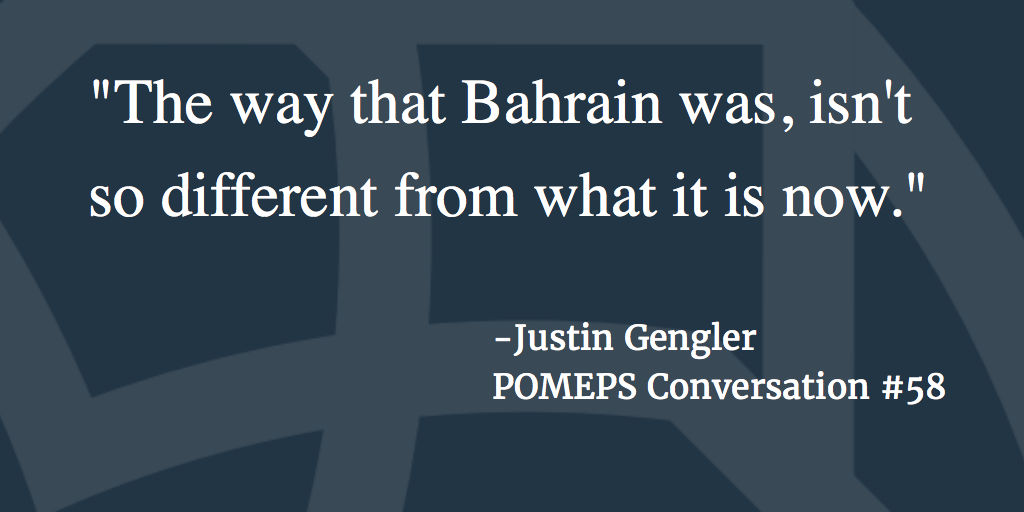 Five years ago today, Saudi troops entered Bahrain in an attempt to quell protestors. It’s fitting then, that this week’s POMEPS conversation is with Justin Gengler. He speaks with Marc Lynch about his research in Bahrain and the challenges posed by sectarianism and regional influence five years after the Arab Uprisings.

Justin Gengler is a senior researcher at the Social and Economic Survey Research Institute (SESRI) of Qatar University. He is the author of the book Group Conflict and Political Mobilization in Bahrain and the Arab Gulf: Rethinking the Rentier State (Indiana University Press, May 2015).