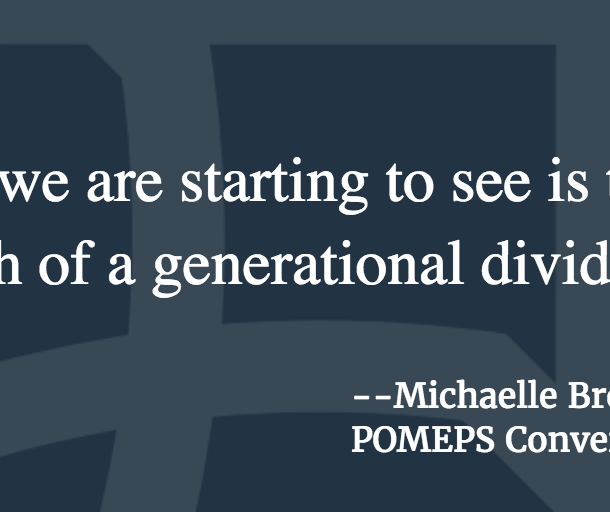 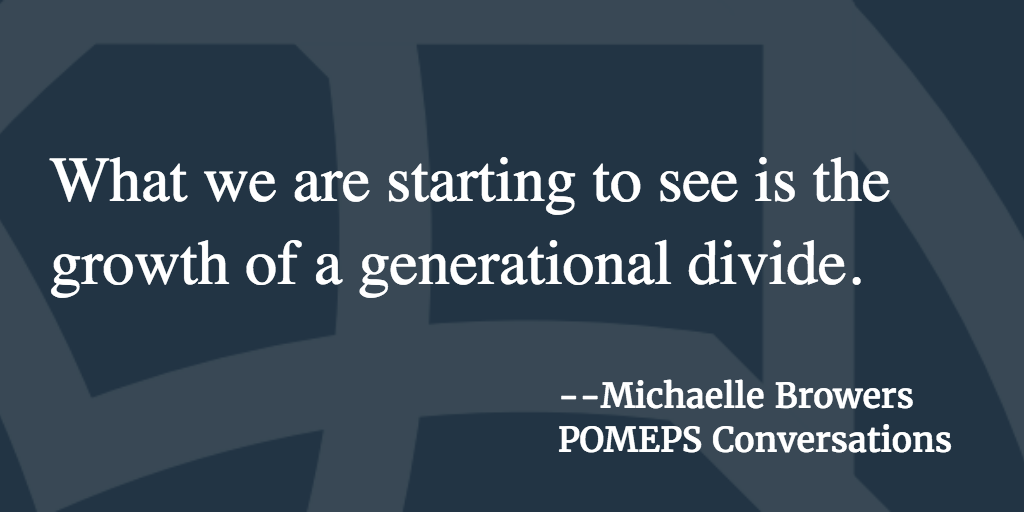 This week’s conversation is with Michaelle Browers. She speaks with Marc Lynch about intellectuals in the Middle East, and the growth of a new generation of scholars and political theorists. Browers is the author of Democracy and Civil Society in Arab Political Thought: Transcultural Possibilities  and Political Ideology in the Arab World: Accommodation and Transformation.

Browers is an associate professor of Politics and International Affairs and directs the Middle East and South Asia Studies Program at Wake Forest University. She is currently completing a book length history of Arab political thought since World War II and will begin a new project on the political thought of the Arab uprisings. Browers holds a B.A. from Whitman College, an M.A. from the University of Virginia, and a Ph.D. from the University of Minnesota.