Few developments associated with the Arab uprisings have generated as much concern as the rapid emergence of Salafi movements into the public arena. The performance of al-Nour Party in Egypt’s parliamentary elections stunned many observers. Waves of attacks on Sufi shrines in Tunisia and Libya, denunciations of secular citizens, and loud calls for the imposition of sharia have raised fears at home and abroad. The violent protests over the anti-Islam YouTube film, the deadly attack on the U.S. consulate in Benghazi, and the emergence of Salafi-jihadist trends within the Syrian opposition have made these political concerns ever more urgent.

Who are these new Salafi movements? How should we interpret their rise? This new POMEPS Brief collects more than a dozen recent ForeignPolicy.com essays on Salafis across the Arab world, including a detailed look at Salafi politics in Egypt, Tunisia, Libya, Lebanon, Bahrain, Syria, and Saudi Arabia. The picture that emerges is troubling — but also unexpectedly reassuring. These well-funded and well-entrenched sub

cultures will likely continue to thrive in the open, contentious new Arab political realm. But how they will behave, the response they will generate from other political trends and societal sectors, and how they will approach political institutions remains very much in question.

The “troubling part” of their ascent doesn’t require a great deal of elaboration. While many Salafis are simply religious individuals comfortable when surrounded by the like-minded, the more assertive of them have advanced a hard-edged, intolerant agenda, which has driven a sharp polarization around religion in several Arab countries. Their attacks on movie theaters, Sufi shrines, and Western culture have frightened and angered secular trends in these countries, particularly religious minorities and women who fear for their place in the emerging societies. Their attacks on U.S. embassies have frightened and angered the United States, and prompted concerns about a resurgence of al Qaeda.

But there are also reasons for some optimism. As several of the essays in this collection point out, Salafism is not a unified trend. Its adherents belong to a wide range of movements with very different orientations toward politics, many of which push toward political quiescence and an inward-looking focus on the cohesion of their own communities. Because Salafi subcultures generally lack the kind of disciplined organization that characterizes the Muslim Brotherhood, they struggle to act in any sort of organized fashion.

It is not as if these trends did not exist before their eruption into the public realm. Salafi movements were increasingly prominent in Egypt in the years prior to the revolution, with television stations and prominent public faces. Funding streams from the conservative Gulf states fueled Salafi subcultures across the region. In some countries, such as Egypt, they were also often tacitly (or openly) supported by intelligence services keen to promote competitors to the Muslim Brotherhood and — to the conspiracy minded — to drum up communal tensions with attacks on churches or outrageous statements when this served the interests of the ruling regimes. The financial flows from the Gulf show few signs of abating, but it is intriguing to consider the possible impact of a decrease of this latter sort of support from the “deep state.”

It is easy to understand the alarm over high profile public arguments over outrageously reactionary comments by Salafi figures. Public clashes over issues advanced by the Salafis are also not necessarily a bad sign. It seems better to have these brought into the public realm than hidden in shadows. It is reassuring to see their public advances increasingly beaten back by competing movements, an outraged and controversy-minded press, and calculating politicians. The backlash against the outrageous statements by popular Salafi television preachers reveals as much as their initial comments — and indeed tells us far more than do the bland reassurances of the designated spokesmen for the movements. These public battles reveal the limits of their influence and the real radicalism of some of their ideas relative even to their own societies. They may also sometimes reveal real pools of popular support for their ideas, which is important to recognize rather than turn away from.

Open politics challenges the Salafis as much as empowers them. Since its electoral coming out party, Egypt’s al-Nour Party has fragmented and faced serious internal tensions. Its decision to approve of an International Monetary Fund (IMF) loan on grounds of extreme contingency seems sure to anger the faithful, and suggests that for better or for worse ultimately even these most ideological of Islamists will prove pragmatic in their pursuit of self-interest. They will likely face increasing challenges as their members grow disenchanted with the benefits of the democratic process and perhaps return to demands for greater doctrinal purity. In short, as much as the leaders of these movements may have enjoyed their public profile it also poses severe challenges.

Finally, the Salafi challenge has been forcing Muslim Brotherhood-style groups in countries such as Egypt and Tunisia into open confrontation. From their positions of power they no longer have the luxury of empty posturing or of ignoring real challenges to stability or national interests. While Salafis and Brothers have been tussling over supporters for many years, the stakes have never been higher. The Muslim Brotherhood can no longer take its Islamic flank for granted, and finds itself in the very uncomfortable position of taking a lead role in cracking down on “Islamic extremists.” It has not been so long since they were the targets of such repression. With a significant proportion of Brothers harboring Salafi sympathies and Salafis moving into the political realm once identified with the Brothers, we can expect those political battles over the Islamic vote to only intensify.

The same can be said of the emergence of the Salafi-jihadist groups. There appears to be a new al Qaeda strategy focused on building ties with local jihadist movements, including the various Ansar al-Sharia factions. But their violence and extremism poses a direct threat to the political interests of Islamist leaders in Egypt, Libya, and Tunisia. From a U.S. perspective, having the Muslim Brotherhood take the lead in combatting Salafi-jihadists on their own turf, for their own interests, would be a major success in the broader campaign against such groups. This competition is one major reason why it is wrong to conflate all signs of Islamist political success into a narrative of a supposedly resurgent al Qaeda.

And then, there is Syria. As a recent ICG report made clear, initially marginal Salafi-Jihadist groups have made significant inroads into the Syrian opposition. They appear to have benefited disproportionately from financial and arms flows from the Gulf, and to have adapted many of the military and communication innovations of al Qaeda in Iraq. For the jihadist community it does appear that Syria is the new Iraq (I have been reading through a lot of commentaries on the jihadist forums on Syria and the lessons of Iraq over the last week, and will be writing more about this soon). They will likely continue to bring sectarianism, extremist views, and Iraq-style tactics into Syria regardless of whether, or how, Western countries intervene, and to enjoy ready access to cash and foreign fighters regardless of whether, or how, Western countries attempt to control such flows.

In short, the emergence of the Salafi trend into the public life of many Arab countries is an important recent development. But it would be a mistake to exaggerate the unity of the Salafi trend or its place within these transitional societies. They are a vital part of the emerging public landscape. Their participation in electoral politics and public life should be encouraged — even as their stances should be condemned and their opponents supported in the effort to build tolerant, inclusive Arab societies. Contentious political battle over Islamic symbols will likely continue to be a prominent feature of Arab politics in coming years. Hopefully, the essays in this POMEPS Briefing collection will be a useful guide to the current state of play. 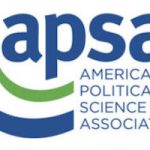